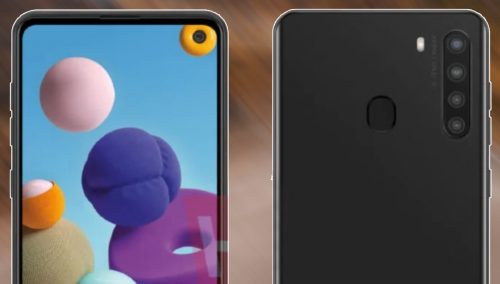 It was revealed by the rendering images that appeared last week when Samsung was working on an entry-level phone. The RAM and processor of the Galaxy A21, which will be Samsung’s entry-level phone, have also been announced in Geekbench.

Samsung has been working on a new entry-level smartphone for some time now. Render images of the phone, which will be named Galaxy A21, were released last week. The resulting render images included a front camera and a quad rear camera set up in a hole in the screen.

Following the rendered images of the Galaxy A21, two information about the technical features of the phone have emerged today. As a result of a research conducted in Geekbench’s database, the processor and RAM of Samsung’s new entry-level phone Galaxy A21 were determined.

Galaxy A21 will be out of the box with Android 10 based One UI. The battery of the device is estimated to be 4,000mAh. However, it is not yet clear whether the phone will have any fast charging support.

Samsung’s new entry-level smartphone has a quad camera setup on the back. However, it is not currently known what resolution and feature cameras the device will have.

Shared render images showed the device had a USB Type-C port, but even more interesting, Samsung features a 3.5 mm headphone jack on this phone.