Home Science The Probability of a Large Asteroid Hitting the Earth May Be Higher... 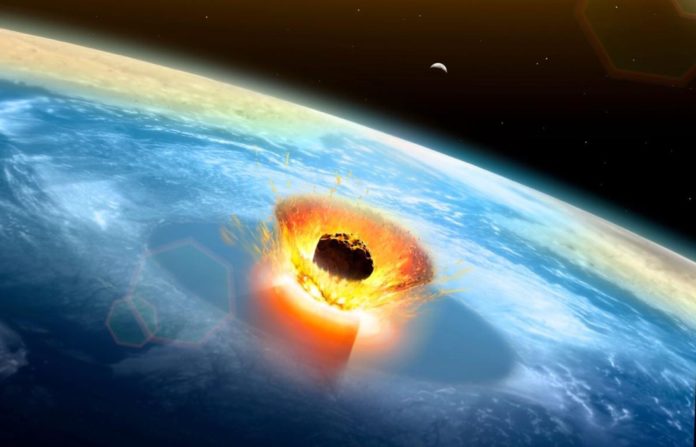 A specialist claimed that the probability that a dangerously large asteroid would hit the Earth was higher than thought. Recalling objects that had not previously been detected to hit the Earth, the expert warned that an unknown object is more dangerous than known objects.

There are some claims that a celestial body approaches the Earth almost every year. It is not an extreme idea that celestial bodies are coming towards our planet, but these claims are that risky objects are approaching. We have not suffered such an asteroid as mentioned yet, but it is still useful to investigate the claims made.

A new one was recently added to these claims. An expert on the subject claimed that an asteroid that NASA had not yet observed could collide with Earth to surprise scientists.

How likely is a large asteroid to hit our planet?
NASA has 90% success in detecting celestial bodies near our planet. This means that there is a 10% margin of error. Therefore, it may not be unwarranted to discuss the possibility of a dangerously large asteroid hitting the Earth.

The probability of a large asteroid hitting the Earth is actually quite low. NASA thinks that a sky stone that can partially damage our planet can hit Earth at a probability of 1 in 300 thousand. No matter how low the chance is, the collision event is not impossible.

In 2013, a 20-meter-long celestial stone that fell into Chelyabinsk, Russia, shattered the windows of the surrounding buildings, causing more than a thousand injuries. It was not previously determined by scientists that this event would take place. This increased the fears that a meteorite could cause a great disaster by surprise the scientific world.

‘There will eventually be a collision’
An expert named Dave McKee said that it should not be fear of known asteroids such as Bennu and Apothis, but an object that has not yet been detected. Reminding that the meteorite that fell on Chelyabinsk could not be detected before hitting the Earth, McKee stated in his statement on the Quora site that the probability of an undetected object hitting the Earth is higher than the probability that a determined object will hit the Earth.

“I know that an asteroid is less likely to die due to a lightning strike,” said researcher Greg Leonard, a NASA-sponsored Catalina Sky Survey project. I know it’ll hit. So I feel the need to do something. ”

NASA continues its efforts to reduce the risks posed by celestial bodies. The organization is investigating the asteroid named Bennu, where it landed in 2018 with a spacecraft called OSIRIS-Rex.

Scientists Discover that Antarctica was a Lush Rainforest in the Past