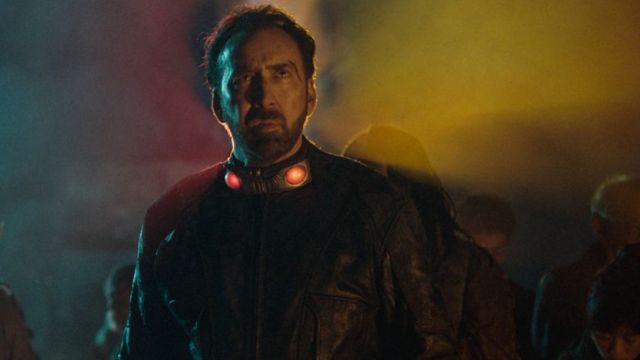 Prisoners of the Ghostland: Directed by Sion Sono, this new feature from the Tokyo Tribe director is shot in English with Western and Eastern actors.The official trailer for Prisoners of the Ghostland is now available. This is the new film by Sion Sono (Tokyo Tribe, Suicide Club, Cold Fish), a film that stars nothing more and nothing less than Nicolas Cage. The feature film, which will be released this September 17, is a samurai western that has been shot in English. As you can see in the video, which you can see below these lines, this is a project full of action and adrenaline.

A mission against the clock

The official synopsis has already been published: “On the treacherous city border of Samurai Town, a ruthless bank robber (Nicolas Cage) is freed from prison by a wealthy warlord, The Governor (Bill Boseley). His adoptive granddaughter Bernice (Sofia Boutella) has disappeared without a trace. The Governor offers the prisoner freedom in exchange for recovering the fugitive. Trapped in a leather suit that will self-destruct in five days, the bandit embarks on a journey to search for the woman, on his own path to redemption. ”

Prisoners of the Ghostland had a preview at the 2021 Sundance Film Festival, but we will still have to wait to enjoy the film in theaters. Meanwhile, the trailer can serve to whet your appetite. In addition, there is Nicolas Cage, who is always a claim.

CSI: William Petersen is Hospitalized After Being Sick on Film Set