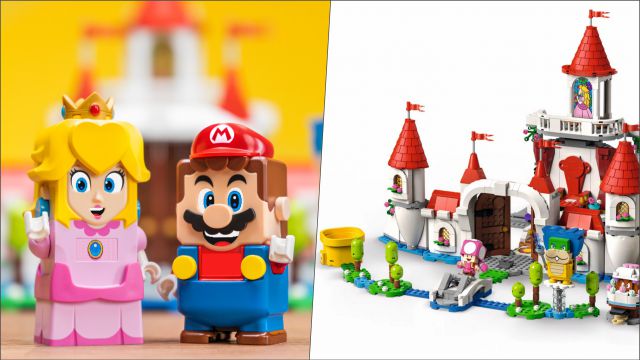 Princess Peach: Lego and Nintendo collaborate to launch new construction sets where Princess Peach is the protagonist. They will arrive on August 1, 2022 worldwide. Lego is reinforcing itself by expanding its collection of constructions around the Mario franchise. Nintendo will bring Princess Peach and her popular castle to the world of blocks on August 1 in Spain.

How much will Princess Peach’s Lego castle cost?

According to VGC, the Princess Peach castle construction set will have a recommended retail price of 129.99 euros. The same day will be accompanied by other expansions that will extend the experience in the lego universe.

Peach’s adventure route will cost 59.99 euros, while the expansion of the Ice Tower and the Peach Felina costume will amount to 69.99 euros. For 59.99 euros the challenge will come out in the clouds of the Great Spike. Cheaper will be the three remaining expansions: Yoshi’s gift house, Fuzzies trampolines and Goomba’s shoe will cost 29.99 euros, 24.99 euros and 9.99 euros, respectively.

The official website of Lego Spain has already added the data sheets of all the new sets to its database, including detailed images of its content and the number of pieces. You can find out for yourself by clicking on this link.

The Danish firm continues to bet on licenses for the video game industry. On February 15 we learned about your collaboration with PlayStation for the launch of a Longneck with more than 1000 pieces. The signature monster from Horizon Zero Dawn and Horizon Forbidden West can now be on your shelf block by block. It will arrive on May 22.

On the other hand, just on January 1, the mythical Green Hill Zone of Sonic the Hedgehog was put on sale. SEGA’s hedgehog is already part of the LEGO family like so many other games, from Mario himself to Forza Horizon 4.