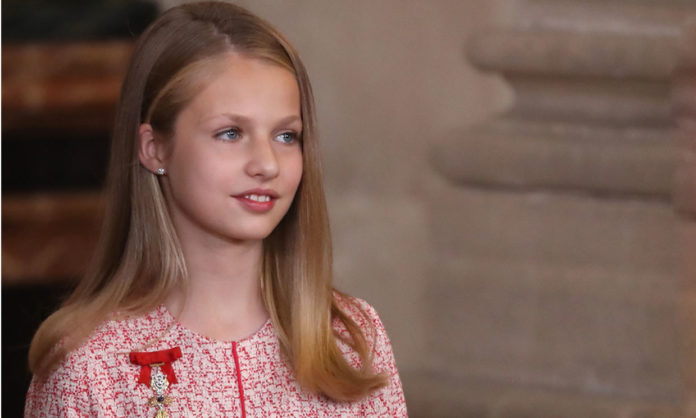 The Princess Of Asturias Awards, Leonor’s Early Gift For Her 14th Birthday. The eldest daughter of the kings Felipe and Letizia will go on October 18, for the first time, to the awards ceremony.

For all teenagers, turning 14 is a most significant age. It is full entry into puberty and is another phase to become the adults that will be in the future. As for the rest of the boys of her age, for Princess Leonor it will also be an important step to change the digit and among the many gifts she could receive, there is one that on this occasion becomes especially important. The firstborn of the kings Felipe and Letizia will attend this year for the first time the ceremony of the Princess of Asturias Awards, which will be held on October 18 at the Campoamor Theater in Oviedo, just 13 days before her birthday. 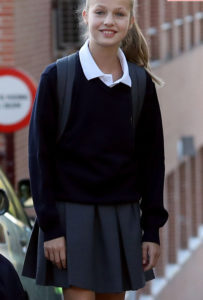 Her presence at the Princess of Asturias Awards is the most anticipated. Years ago, since her father was proclaimed King, on June 19, 2014, she had been speculating on the possibility that the heiress accompanied the Kings in one of the editions, but it will be this year when Leonor makes her debut in the awards They bear her name. It is one of the most important acts in the calendar of the Royal House and, surely, will open the wake so that its presence in this act is assured in the coming years. In addition, in the near future that far away, she will be the one to preside over the event that recognizes personalities from all over the world who stand out in the field of letters, scientific research, international cooperation, or communication and humanities. 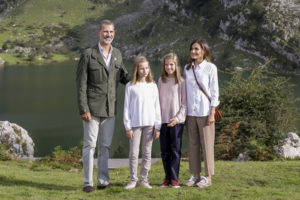 It is likely that emotion and nerves overwhelm the Princess at its premiere, although Leonor, who is the honorary president of the Princess of Asturias Foundation, has already demonstrated on other occasions the poise and security she has in official acts when her gestures They are captured by a multitude of flashes and becomes the undisputed protagonist. However, this time it will be special because it is produced in the Principality, a land traditionally linked to the crown heir, in Oviedo, the city that saw her mother born, and on the eve of her birthday, something that gives him great relevance . Leonor will have the priceless example of her father. The Princess will go to Oviedo for the first time at the same age that Don Felipe was in 1981 when she delivered her first speech in the framework of these awards. 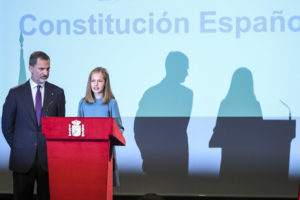 The ‘gift’ of her presence in Oviedo will be the one-year gold brooch in which her institutional presence has increased significantly and will be the third great act as heiress after her visit to Covadonga, on September 8, 2018, and the reading of article 1 of the Constitution, the day of her 13th birthday, which was her first words in public. Before, on January 30, 2018, Felipe VI imposed on her firstborn, in a solemn ceremony, the Golden Fleece. 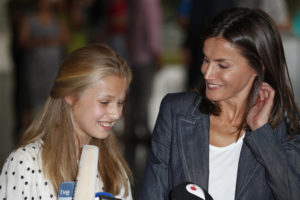 But not only at the institutional level Leonor is becoming increasingly prominent. In its most private and familiar facet, the images of the Princess are becoming more frequent. Thus, recently we saw her with her sister, the Infanta Sofia, and her parents at the beginning of the school year at the Santa María de los Rosales school in Madrid, where she is studying 3rd at ESO. Before, with her parents and sister in the traditional summer inn of Marivent and during her Mallorcan summer, full of family outings, as never before. At the end of August she went to the hospital several times to see her grandfather, Don Juan Carlos, who had undergone a surgical operation to perform three aortocoronary bypasses. Some exits that served us to see her style and personality, as well as her naturalness and ease when attending to the media.

This ‘early gift’ from Princess Leonor won’t end here. Well, the next day, on September 19, she will tour, in the company of the kings Felipe and Letizia and the infant Sofia Asiego, in Cabrales, which this year is recognized as the Exemplary People of Asturias, a small town in which there are only 98 inhabitants.