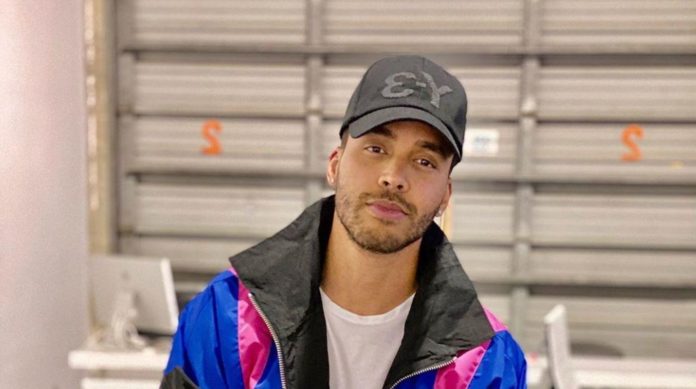 BTS has become very popular internationally, especially in the United States, the boys have made some friendships and had meetings with artists like Billie Eilish. His music has conquered the popularity charts like Billboard and his most recent single is no exception.

“Black Swan is a preview of his next comeback, the song is has a great flow and the MV has an incredible dance aesthetic and one of the stars of the urban genre has become his fan.

Through his Instagram account, Prince Royce shared a storie, the singer was enjoying a sunny day, pool and BTS. KHÁ Prince was listening to “Black Swan” and could not help moving to the rhythm of the song.

It is not the first time he shows his support for the boys, K-pop gradually gains ground and the celebs listen to their music. Can you imagine a collaboration?

There are already several groups that have made collaborations and songs with Latin rhythms, so BTS, as popular as they are, could bet on that terrain. Without a doubt, music crosses borders and demolishes language lines, we can all enjoy the talent that exists in the music industry and BTS is one of the groups with a great presence.

The famous singer Duffy, who was raped for a month, told the details of the event for the first time.

Countries without a Single Case of Corona Virus

Bad Bunny and Resident say no to quarantine

Google Play Pass Has Arrived In The United States, “Soon” In...

Eva Longoria incendiary: it is revealed in a dress with vertiginous...

Nam Taehyun Worries His Fans by Crying and Asking For Help