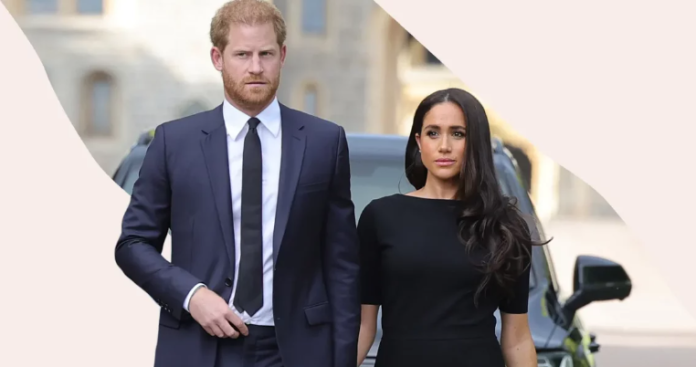 Royal experts have their own approach to business. And as soon as they grab someone by the hip, they feed fat an ancient grudge that they harbor against them. Currently, “they” refer to the Duke and Duchess of Sussex, Prince Harry and Meghan Markle. The couple has always been the main target of all their backlash since the infamous Megxit 2020.

However, this time the couple faced harsh condemnation from experts, according to the source. Speaking about how they severed all ties with the remnants of the Royal members, an unnamed insider lashed out at the duo. They took mass surveillance, calling the Duke and Duchess “delusional.”

Starting with throwing mud at Markle’s Hollywood career, the insider called both Harry and Meghan “rejecting” Hollywood. They then mentioned that the royal couple had “burned all the bridges in sight.” Ever since the estranged couple relinquished the sovereign’s financial power in the UK, they have been busy managing their expenses on their own. And needless to say, they managed to secure a decent life in the USA.

However, outrage over their work ethic has not bypassed them either. The source reportedly called them “desperate to save a lot of money.” It was a direct excavation of their $100 million down payment from Netflix. An insider called the investment a “giant overpayment.”

It also said that “they have a very delusional idea of themselves as top-level celebrities,” warning readers that “this is not funny!” Then the insider concluded: “Harry and Meghan brought a lot of negative advertising with them.” However, we are unlikely to see that this is true, as the duo has received huge support from all their close friends and well-wishers in the States.

More recently, Meghan has received a lot of praise and comparison with Princess Diana from a royal expert for her actions, as actor Tyler Perry recently described. Among all the comments, sources claim a split between the Sussex due to growing pressure from upcoming releases. Time will tell if there is any truth in these rumors.

What do you think about this?