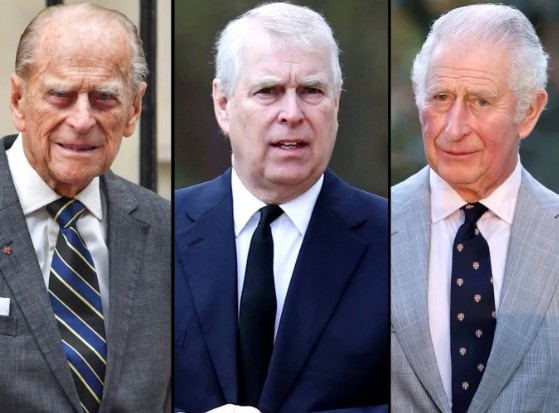 The enmity of the royal family? Prince Charles disagreed with Queen Elizabeth II when it came to the presence of Prince Andrew at the memorial of the late Prince Philip.

According to an insider, the Prince of Wales was “against” his younger brother joining the rest of the family in the service.

“Elizabeth is annoyed that Prince Charles expresses his opinion where it is undesirable,” the source continues, arguing that the monarch does not need the future king to “tell her how to cope” with the scandal.

The Queen shared Charles and Andrew — along with Princess Anne and Prince Edward — with her late husband, who died of old age in April 2021 at the age of 99. Last month, the Duke of York accompanied Elizabeth from Windsor Castle to Westminster Abbey in London for a memorial in honor of Philip almost a year after his death.

As reported by BBC News on March 29, more than 1,800 people attended the service. Although Elizabeth entered with Andrew, she sat next to Charles throughout the event, with Prince William and Duchess Kate behind them. The couple brought their two eldest children — Prince George, 8, and Princess Charlotte — but Prince Louis, 3, did not join them.

The memorial marked Andrew’s first public appearance since he settled his sexual assault lawsuit with Virginia Giuffre in February. Giuffre, 38, had previously accused him of sexually harassing her when she was underage, prompting Andrew to step down from his royal duties in November 2019.

“I don’t remember ever meeting this lady, nothing at all. It just never happened,” he said at the time in an interview with the BBC, rejecting Giuffre’s accusations.

Buckingham Palace has largely remained silent about the dispute. However, in January, the Firm announced that Andrew’s HRH titles would be stripped.

When he and Giuffre reached an undisclosed settlement the following month, a letter was sent to the United States District Court in New York regarding the fallout from a lawsuit that questioned Andrew’s ties to the late Jeffrey Epstein.

The disgraced financier was arrested on federal charges of trafficking minors for sexual exploitation in August 2019 and committed suicide in his prison cell a month later. Andrew’s letter noted that he “regrets his association with Epstein and appreciates the bravery of Ms. Giuffre and other survivors in defending themselves and others.”

The former naval captain hoped to “demonstrate his regret for his association with Epstein by supporting the fight against the evil of human trafficking for sexual exploitation and supporting its victims,” the document says.

Riverdale: Archie and Betty soon back in their high school!