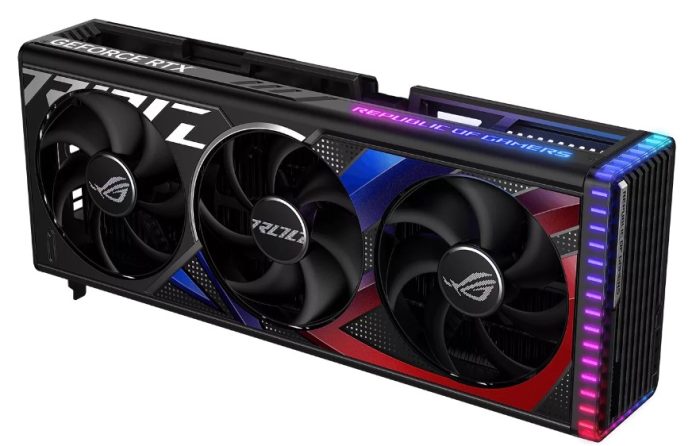 Four cards at the Nvidia retail price recommended by the manufacturer: PNY XLR8 Verto, Asus TUF, Zotac Trinity and Gigabyte Eagle. Climbing up the price range, you will get overclocked/gaming models, although it should be noted that some of them cost hundreds of dollars more for their small overclocking.

The most expensive of the RTX 4080 Micro Center lists is the ROG Strix from Asus with three fans for $1,549. For comparison, the more powerful RTX 4090 has an MSRP of $1,599. Check out all the prices in the screenshot below.

Customers can buy these listed cards only at Micro Center physical stores, not online.

If you think that the prices for the RTX 4080 are too high, think about those who live in Europe. The most expensive model put up for sale recently in the UK cost $1,757. In Finland, it reached $1,948, although these countries have high tax rates.

As for what happened to the other RTX 4080, the 12 GB version, now there are rumors that Nvidia has renamed the card to RTX 4070 Ti, which many expected. A source earlier this week said it would be released in January. Another tipster indicated the date of January 5, presumably two days after Nvidia officially unveils the card. It is expected that the specifications will remain unchanged, but it will be surprising if the green team does not lower the price of $ 899, especially in light of the announcement of AMD Radeon RX 7900 XTX and XT.

Ubisoft assures fans that the Prince of Persia remake has not...