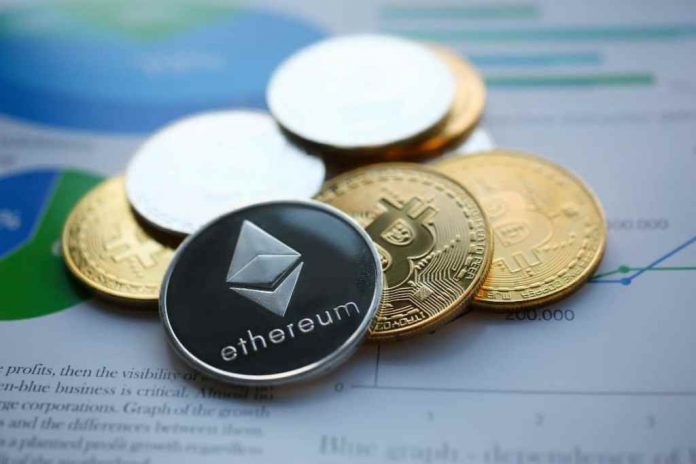 Even if the Bitcoin price takes a breather after hitting $50,000 for the first time in months, analysts think altcoins could make bigger moves. BTC, which traded above the $50,000 psychological barrier yesterday for the first time after May 15, turned the sentiment bullish as most investors waited for the bull run to resume. Now, we take a look at the technical levels of the biggest altcoin projects by market cap, starting with BTC. Let’s start with the current developments…

What happened in Bitcoin (BTC)?

Besides the above levels, there are some statements from the corporate side. For example, Anthony Pompliano, co-founder of Morgan Creek Digital, told CNBC on Monday that Bitcoin could make a similar rally to the one seen in 2017. The Crypto Fear and Greed Index, which was at 22 just a month ago, has now reached 79, which indicates extreme greed. These levels indicate that the emotion has completely changed within a few. Continuing in its corporate statements, PayPal announced on August 22 that it will provide cryptocurrency services to UK residents. This step is PayPal’sCryptocurrency is increasing its reach as it has more than two million active users in the UK. Will Bitcoin and altcoins continue to rise or will ksr bookings begin? We examine the charts of the largest cryptocurrencies by market cap with comments from analyst Rakesh Upadhyay to find out…

Bitcoin (BTC) is trading around the ascending wedge formation

Bitcoin has been trading inside an ascending wedge formation for the past few days. The bulls turned the support zone to defend $48,000 on August 22 and the price reached above the psychological resistance of $50,000. BTC can now rally to the resistance line of the wedge where it could form a stiff resistance. If the price is rejected from this resistance, the support line of the wedge will be targeted. This level is important among the bulls, if it breaks, a correction to $42,451.67 could open the doors. On the contrary, if the buyer side dominates and BTC reaches above the wedge, the bullish momentum could increase and BTC could rise to the $58,000-$60,000 resistance zone. Meanwhile, the rising MAs and the RSI in the oversold zone indicate that the bulls are in control.

On Ethereum, the bears tried to stop the rise at the overhead resistance of $3,335 on August 21. However, it didn’t take long for the bulls to stay below $3,200, which shows that ETH bulls are buying on the dips. Buyers are now trying to keep the price above the overhead resistance at $3,335. If successful, ETH could resume its uptrend and rally to $3,670, then to the psychological level of $4,000. Alternatively, if the price drops from the current level, the bears will target $3,000. Continued downward momentum from this level will be the first sign that the bulls are losing strength. This could drag the price towards $2,547, resulting in a loss for the bulls.

Cardano ( ADA ) is one step closer to Bitcoin (BTC)

Cardano ( ADA ) has been maintaining its strong momentum for the past few days. After eroding its previous ATH of $2.47 on August 20 and 21, August 22 continued the rally. His target now is the psychological barrier at $3,000. Rallies are rarely sustained, so ADA could enter a minor consolidation or correction around $3.00. If the bulls can turn $2.47 support during the next pullback, this will signal strength. This will increase the likelihood of a resumption of the uptrend. The next target on the upside is located at $3.5. Conversely, if the bears sink and sustain the price below $2.47, it will indicate that the bullish momentum is weakening.

Binance Coin ( BNB ) broke above the overhead resistance at $433 on August 20, marking the start of a new uptrend. The bears tried to push the price below the breakout level on August 22 and trap the aggressive bulls but failed. The bulls continued their buying today and pushed the price above the minor resistance at $460. Now BNB could face a minor resistance at $520. If the bulls break this hurdle, the next stop is at $600. On the way down, the critical level to watch is $433. If this level continues, the trend will continue to support the bulls. The first sign of weakness will be a break and a close below $433. Such a move would indicate that supply exceeds demand.

The bears tried to stop XRP’s recovery at $1.28 on August 21, but the shallow correction on August 22 shows that the bulls are not closing their positions in a hurry. The bulls will now attempt to push the price above the overhead resistance at $1.35. If successful, XRP could gain momentum and rally to the next stiff resistance at $1.66. The bears had aggressively defended this resistance in May, so XRP could witness a minor correction or consolidation again. Contrary to this assumption, if the price drops from $1.35, $1.07 levels can be seen. A bounce from this support could keep the pair between levels for a few more days. If the price declines and stays below $1.07, the trend could turn in favor of the bears.

Dogecoin ( DOGE )’s recovery from the breakout level at $0.29 failed to break through the $0.33 hurdle on August 20. This shows that the bears are not giving up and are trying to stop the recovery. The price is currently stuck between the breakout level at $0.29 and the overhead resistance at $0.35. The 20-day EMA at $0.28 and the RSI in the positive zone indicate that the bulls have the upper hand. If the price stays above $0.29 for a few more days, buyers will attempt to resume the uptrend again by pushing DOGE above $0.35. If they succeed, it can start its journey towards the next destination at $0.45. This level can again pose a tough challenge for the bulls. If the price slides and stays below $0.29, it will indicate a trend weakness.

Polkadot ( DOT), it is facing stiff resistance at $28.60 for the past three days. Although the bulls pushed the price above the resistance on August 21, they were unable to sustain higher. The long tail on the August 22 candlestick indicates that the bulls are buying on the lows. They will make one more attempt to break through the hurdle at $28.60. If successful, DOT will complete a V-shaped bottom. The formation target of this setup is $46.83. If the price declines from the current level, the DOT could drop to $23.40. A strong rebound from this level will indicate that sentiment remains positive. The bulls will then try to push the price above $28.60 and start a new uptrend. On the other hand, a break below the 20-day EMA will indicate that the DOT may remain range-bound for a few more days.

Solana ( SOL ) hit an all-time high of $82 on August 21, but the bulls were unable to sustain higher levels. This shows that traders are booking profits after the sharp rise over the past few days. Initial support on the downside is at $68. If the price bounces back from this level, the bulls will try to resume the uptrend again. If the price rises above $82, then $100 can be expected. Alternatively, if the support at $68 is broken, it could retest the break level at $58.38. If the bulls turn this level to support, they could consolidate their gains for a few days before attempting to continue the upward move. However, if the bears pull the price below $58.38, it will suggest a possible change in trend.

Uniswap ( UNI ), As we reported, bounced back from overhead resistance at $30 on August 21, indicating that the bears are defending this level aggressively. Although sellers tried to push the price below $27.11 on August 22, the bulls had other plans. UNI has rebounded from the 20-day EMA, showing that the sentiment is positive and the bulls see the dips as a buying opportunity. The bulls will now attempt to push the price back above the overhead resistance area of ​​$30 to $31.25. If they are successful, UNI could start a new uptrend that could reach $37 and then $45. On the contrary, UNI could target $23.45 if the price breaks out of the general zone and dips below the 20-day EMA. A bounce from this level could hold between $23.45 and $30 for a few more days.

Moody’s is Looking for a Cryptocurrency Analyst!