Home Entertainment Prey star Dakota Beevers talks about the decision made for the film,... 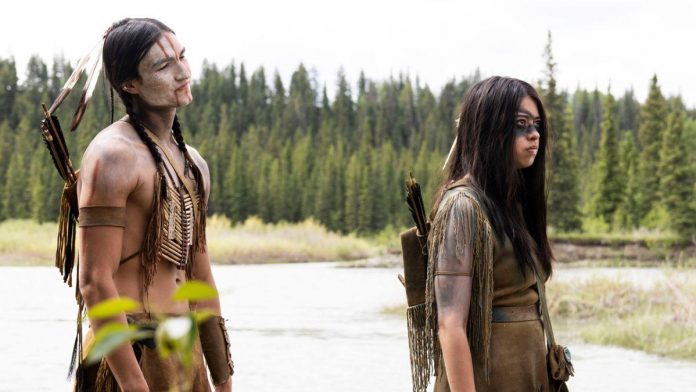 Dan Trachtenberg’s “Prey” has a number of special, commendable qualities, and one of the most interesting is the fact that it can be viewed in dubbing in the Comanche language. This not only provides an additional level of authenticity to the work, but is also an impressive example of promoting cultural representation. What you may not know is that there were initial plans to shoot the entire film in Comanche, and the decision not to take the film down that path left star Dakota Beevers with mixed emotions.

During an interview with GQ this month, Beevers was specifically asked about the decision to shoot Prey in English instead of Comanche. The interviewer asked about the call to the studio, and the brilliant actor explained why he has both positive and negative views on the choice. Said Beavers,

There’s a mixture of emotions. Part of me was thinking, “Oh, thank God.” Because I know I can speak English better. But there is also this: “Damn, it would be nice: a) to preserve the language, but b) just because it looks cool.”

Prey represents Dakota Beevers’ first role in a feature film or TV show, and therefore it is understandable that in this role he would like to speak the language with which he is most familiar. But it’s also hard to argue about the positive factors he mentions in regards to making a movie in Comanche, since it’s just not something that’s ever been done for major Hollywood releases.

Shooting a movie in the right dialect would not only add credibility to what is happening and add a special layer of authenticity, but would also be even more fascinating, given the fact that Comanche and English are not the only languages spoken in Prey. .

Continuing, Dakota Beevers also acknowledged the main reason for the studio’s decision: money. Offering a realistic point of view, the actor admitted that the film would be harder to sell to a mass audience if it was shot in any language other than English, and he is at least glad that dubbing is available. He said,

I think, in the end, maybe it was the right choice, because [the film] has such massive appeal, and the fact that it’s in English makes it a little easier for a lot of people. But we still have the dubbing of Comanche. We still have it there for preservation.

Prey, the fourth sequel in the Predator series (not counting the Alien vs Predator films), is now available for streaming in an endless loop and in several languages… provided that you have a Hulu subscription. The film received huge critical acclaim, and many called it no worse, or even better, than the film that launched the series. For a deeper study of the canon, check out our rating of the Predator films and our guide to the Predator franchise. You can also find out more about the film’s main stars, including Dakota Beevers, from our list of Prey actors.

Which MCU movies to review before “Thor: Love and Love” Thunder