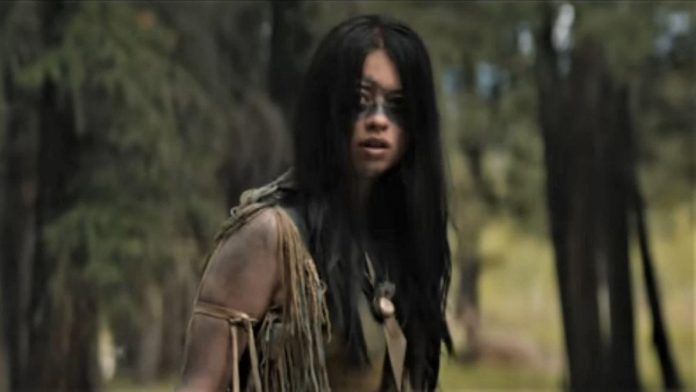 The latest movie in the Predator franchise actually takes audiences way, way back — long before Arnold Schwarzenegger first encountered the extraterrestrial hunter in 1987 — to the Comanche Nation in 1719. Starring Amber Midthunder as Naru and Dakota Beavers as Taabe, the warriors who must protect their tribe from the highly evolved being audiences have known for decades as The Predator (Dane DiLiegro). Prey is set for release to Hulu subscribers on August 5. The reviews are in, and in addition to the movie as a whole earning praise, critics at large are applauding the work by its star.

The first reactions to Prey indicated as much, as CinemaBlend’s Sean O’Connell called Amber Midthunder the best Predator lead since The Governator himself. Let’s dive in for more details on her performance and overall opinions about the Dan Trachtenberg-directed sci-fi flick, starting with CinemaBlend’s review of Prey. Our own Dirk Libbey rates the movie 4 out of 5 stars, saying this is the best Predator movie in years, and possibly ever. Setting the film in the 18th century, where the Comanche tribe must fight the Predator with primitive weapons, highlights the franchise’s theme that human resilience and survival trump advanced weaponry, and Midthunder is fit to lead that charge. Libbey says:

Amber Midthunder isn’t a complete newcomer in the industry, but this will likely be the first time that many viewers will be introduced to her. Prey is her movie, and she carries the story admirably. While Naru is not incapable as a warrior, it’s watching her evolve as a person that allows her to evolve as a fighter. The action is some of the best storytelling in the film.

Kate Erbland of IndieWire grades the movie a B, saying that Prey proves that old IP can still draw fresh blood (and this movie does not sound like it’s lacking in blood). The prequel pays homage to the Predator films that came before it (or after it, chronologically speaking) but also manages to feel like its own thing, this review says. A slower start lets the audience get to know Naru and other members of the tribe, and the cinematography complements the movie’s laudable lead. From the review:

Midthunder, a longtime actress who is the daughter of actor and stunt performer David Midthunder and casting director Angelique Midthunder, makes for one hell of an action star. That Naru really is a worthy contender and a credible warrior is key to the film and some of its more heavy-handed ideas, and Midthunder makes her bonafides clear from the start.

Chris Evangelista of SlashFilm rates the film 7 out of 10, saying that Prey comes closer than all of the other sequels to capturing what made Predator so revered, as Dan Trachtenberg’s movie successfully blends old and new. The critic says without some “shoddy” CGI, this movie is a rousing success, which wouldn’t be possible without the performance of Amber Midthunder. The critic says:

Midthunder is at the center of nearly every scene in Prey, and she carries the film with aplomb. There’s not a single moment where we don’t doubt her ass-kicking skills; there aren’t an abundance of quick cuts to hide a stunt performer over and over again — it really looks like Midthunder is engaging in the action that begins to unfold.

Rating Prey 3.5 out of 5 stars, Michael Walsh of Nerdist also writes that the film wouldn’t work if its star weren’t as good as she is. Amber Midthunder pulls off both “empathetic and imposing,” as well as “vulnerable and strong” in a movie that this critic argues should have been given a shot on the big screen:

Prey is a really fun movie with fantastic visuals, a great leading performance, an interesting and authentic setting, wildly entertaining fight scenes, excellent writing, and an obvious love for all things Predator. It was also designed for the biggest screen possible. So while it certainly doesn’t need to be seen that way to appreciate it, viewers should have had that chance.

Frank Scheck of The Hollywood Reporter says Amber Midthunder was perfectly cast as Naru, and Predator fans shouldn’t be discouraged by the change from hero to heroine when it comes to leading the charge against the extraterrestrial enemy:

There’s enough carnage and violent action on display to satisfy Predator fans whose cinematic bloodlust knows no bounds, and the dramatic change in milieu provides some much-needed freshness. Featuring a cast composed almost entirely of Native and First Nations actors, Prey has clearly taken pains to be as authentic as possible.

Prey premiered at San Diego Comic-Con in July, and CinemaBlend talked to Amber Midthunder, Dan Trachtenberg and others from the movie, so be sure to check those exclusive interviews out ahead of Prey’s release Friday, August 5 on Hulu. You can also check out our newbie’s guide to Predator, if you need a refresher on the films that came before. While this movie is skipping theaters, be sure to take a look at our 2022 Movie Release Schedule to see what other movies are coming up soon.

The tragic origin story of General Grievous should still be the...