Home Entertainment Prey: 12 ways to kill predators in the franchise 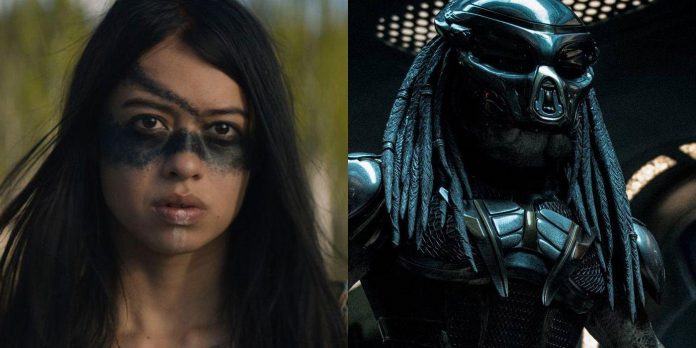 In the Predator franchise, the main plot of all the movies sees the alien Predators looking for challenges by hunting different species. The aliens are mostly fair in the games, as they won’t kill anyone who is defenseless and not a threat, but the entire goal is to hunt people for sport, and they almost always win.

However, these are sci-fi horror movies, and that means that the villains have to lose in the end. In each movie, the final survivors have found a way to beat the Predators and stop them once and for all, and in each of the cases, they do it in a different, and often unique manner, ending the threat and taking out one of the most powerful creatures in existence.

Predator Blows Itself Up In Predator (1987)

In the first Predator movie, a group of mercenaries headed into a South American jungle intent on attacking a group of rebels who had hostages. However, after they eliminated the rebels, they ended up being hunted by a Predator who was already there waiting for worthy targets.

This group was highly trained and deadly, and that made it a perfect game for the Predator. However, only one of the men stood a chance. After the Predator killed all his companions, Dutch had one last shot and he set a trap. The Predator fell into the trap and ended up fatally wounded. Dutch stopped since the creature was dying, but then the Predator set a self-detonation device and blew itself up.

In Predator 2, a new hunter arrived on Earth in 1997 and began killing gang members during a time of conflict in Los Angeles. This put the Predator in direct conflict with the LAPD, and specifically Lt. Mike Harrigan.

Played by Danny Glover, Det. Harrigan was clearly outmanned by the Predator, but he kept alive and wouldn’t stop until he finally found a way onto the Predator’s ship. There, he found some of the alien’s weapons and used one, a smart disc, to stab and kill the Predator.

Alien Queen Stabs Scar With Tail In Alien Vs. Predator (2004)

In Alien vs. Predator, the main goal of the movie was to see the Xenomorphs and Predators battle. However, the main battle here was between Scar, the Predator that was on Earth to hunt Xenomorphs, and the Alien Queen, which had awoken.

The deaths of both the Alien Queen and Scar happened in their final battle. At this moment, Scar and the human Lex fight back against the Queen, and just when Lex escapes the Queen, the Xenomorph lashes out and stabs Scar with her tail. She then falls to her death and Scar dies as well.

At the end of Alien vs. Predator, a Predator ship uncloaked and took Scar’s body back with them. However, what they didn’t know was that after the Queen pierced Scar with her tail, a new beast grew inside him. This was the Predalien.

Alien vs. Predator: Requiem was the worst-rated Predators movie on Rotten Tomatoes, and much of it came from the fact the characters were mostly lightweight, and the battle between the Predalien and other Predators was not as interesting as the Xenomorph Queen in the previous movie.

The movie also gets counted off for the ending, which didn’t see the Predator Wolf or the Predalien defeat the other. As the Predalien and Wolf are battling to the death, a military jet flies in and nukes the entire town, killing both of them and all the people left in the town.

Nikolai Blows Up Tracker In Predators (2010)

The 2010 movie Predators took a different slant on the story. No longer were the Predators there to help humans and hunt Xenomorphs, like in the last two movies, but it was back to the aliens hunting humans – in this case, some killers dropped onto an alien planet for the game.

There was also more than one Predator, with three of the best Predators in the franchise appearing here. The first Predator to die came at the hands of Nikolai. He knew they were outmatched and lured in the Tracker Predator for a suicide bombing, killing both of them in an explosion.

Hanzo Kills Falconer With A Sword In Predators (2010)

After Nikolai killed the Tracker Predator in an explosion, Hanzo went after the Falconer Predator next. Considering the fact that the Predators usually play fair, Hanzo chose to use his sword and began a duel with the alien.

Hanzo and the Predator had a battle with their blades and Hanzo succeeded in killing the Falconer with his sword in the fight. However, while the Predator died in that instant, Hanzo also succumbed to his injuries and died as well.

Berserker Kills Jungle Hunter With A Blade Gauntlet In Predators (2010)

While there were three Predators in Predators hunting the humans, there was a fourth one that the dominant aliens had captured. When the survivors realized the smaller Predator could help them escape, they freed him, but it didn’t work out as they hoped.

The smaller alien, a Jungle Hunter, confronted the alpha Predator of the group, Berserker. The two had a huge fight, while Royce escaped, but it ended when Berserker gained the advantage and used his blade to decapitate the smaller Predator.

The end of Predators showed two humans left alive to battle the one remaining Predator, Berserker. Royce, who survived thanks to the help of the smaller Predator, was hiding, but the Predator had more than heat tracking to find his targets and found Royce by targeting his heartbeat.

Just as the Predator was about to kill Royce, Isabella recovers enough to shoot Berserker. This allows Royce time to get to his feet and he decapitated Berserker with an ax to finally kill the last Predator.

Ultimate Predator Smashes Face Of Fugitive Predator In The Predator (2018)

In The Predator, the action moves to the suburbs where a new Predator shows up before a secret government organization captures it. Ironically, this was a Fugitive Predator coming to Earth to help humans defend themselves from an upcoming invasion.

He begins killing humans himself for survival purposes, but then everyone realizes too late that he was an ally, not an enemy when the Ultimate Predator showed up. When the two Predators battled, the Fugitive had little chance. Ultimate Predator smashed his face, and then ripped out his spine, killing him instantly.

Ultimate Predator ended up battling Quinn in the woods outside of town in the end. This turned into more of the type of Predator story fans are used to, with the Predator using his weapons, and Quinn having to use his military training to survive.

Quinn had help from Rory, who found the battle and helped him by using the Predator’s cloaking device to hide Quinn. This allowed Quinn to launch an explosive at the Predator, injuring its leg, before then delivering multiple shots to its head.

Naru Uses Predator’s Own Weapon Against Him In Prey (2022)

In Prey, Naru was the first final girl to battle a Predator in the franchise, not including Rory, who was just there to help Quinn. However, what made Naru special was that she paid close attention to everything the Predator did, as it killed several of her tribespeople.

In the Dan Trachtenberg-directed movie, Naru used her growing knowledge to figure out how to beat the Predator through trickery. She saw that the three red dots from the Predator’s mask was where his shots always hit. After stealing his mask, she waited for him to fire at her and aimed the dots at his own head, causing his blast to curve back and kill himself.