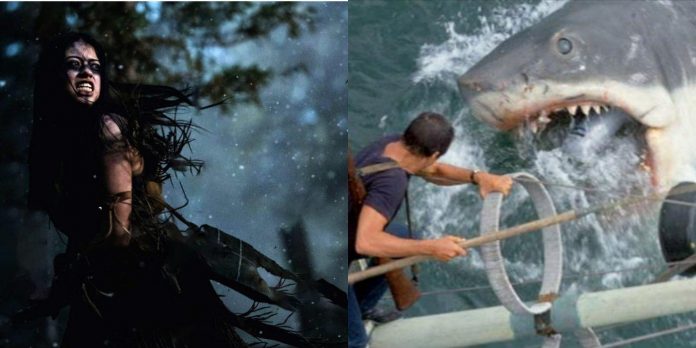 With the release of Prey, the latest installment to the Predator franchise, audiences may be looking for other science fiction/action films of a similar theme. Luckily, with sci-fi movies being around as early as 1927, there is not a shortage of options.

While famous blockbusters like Predator, Alien, and Jurassic Park will go down as movie classics, some of the others may be hidden gems for audiences keening for more of this other-worldly genre.

For movie fans and critics alike, The Terminator is widely regarded as one of the greatest science fiction films ever. Starring Arnold Schwarzenegger, the film revolves around a cyborg assassin sent from the future and his mission to execute Sarah Connor.

The film solidified Arnold’s status as a leading man and was a perfect balance of suspense, action, and horror. Similar to Prey, The Terminator features a hunter stalking its prey. However, in the case of The Terminator, the hunter’s abilities are far superior to anything that has been experienced by the human race to that point.

Alien is considered director Ridley Scott’s magnum opus. Scott, who is considered a science fiction visionary, made the film simple in nature. A crew aboard a space tug ship finds itself on an undiscovered moon, but the stakes quickly become deadly when they find themselves up against an aggressive and deadly extraterrestrial that hunts them down one by one.

What made Alien so powerful as a science fiction/horror film was the element of the unknowing, with the Xenomorph always lurking in the shadows. This is also seen in Prey, where the hunter is camouflaged.

A film with a story and digital effects still hold up to this day, Jurassic Park remains a timeless classic for any moviegoer. What’s more, with five more movies turning it into a franchise, it doesn’t look like these dinosaurs will be dying out any time soon.

Jurassic Park’s dinosaurs mirror the alien in Prey for several moments. During the first half, the raptors and Yautja both act as quiet, stealthy, assassins. However, during the second half of both films, the “tanks” become the focal point as the Yautja becomes bloodthirsty and takes several injuries, similar to the rampage the T. Rex causes.

I Am Legend  follows Robert Neville, a gifted scientist who is a survivor of a man-made plague that transforms humans into mutants that feed on blood. Neville wanders through a post-apocalyptic New York City, aimlessly calling out for other survivors through various means. However, when night falls, Neville becomes the hunted.

The film explored the psychological aspect humans deal with when grief, regret, and anger are prevalent. Neville suffers from PTSD from the extinction-causing event, and multiple flashbacks are shown during tense moments. Similar to Prey, the protagonist realizes something is off in the beginning. Both protagonists are studying whatever is after them, and both become too confident in themselves, ultimately leading to being trapped or cornered.

The Meg centers around a group of scientists exploring the Mariana Trench who unknowingly unleash the largest marine predator that has ever existed, the Megalodon. Starring Jason Statham, Bingbing Li, and Rainn Wilson, the film shows the 70-foot prehistoric shark at its full might.

Despite the shark’s ginormous size, the film delivered suspense and dread. With the young Yautja in Prey, the similarities with size and stealth are prevalent throughout the film. The tribe has never come across a hunter with the size and speed of this one, and their stealth ability makes it nearly impossible to sense its location.

Resident Evil: Apocalypse picks up where its predecessor left off, as Alice and her crew must evacuate Raccoon City before a nuclear bomb is set off, killing the undead. However, they are not alone as they encounter a mutant named Nemesis.

The Nemesis was practically designed and stood at approximately 7.5 feet tall, weighing in at over 370 lbs. Similar to the Yautja species in Prey and Predator, they are physically superior in every way. The Nemesis and creature in Prey mostly mimic themselves as tanks, while other species of Yautja prefer total stealth, this alien took the full blow of gunshots, explosions, and traps as it barrelled through, similar to every scene featuring the Nemesis.

Edge of Tomorrow takes place in the future where most of Europe is occupied by a violent, alien race. The movie’s lead protagonist, Major William Cage, is forced into joining a landing operation against the aliens where he finds himself experiencing a time loop.

RELATED: Best Science Fiction Films Of The 2010s, According To Ranker

The chemistry between Blunt and Cruise is a high point of the film, as the duo battles the alien race and trains together, creating a union while aware of the time loop. The vast inferiority of human technology is notable in Prey. It takes trial and error to find the alien’s weakness, however, both protagonists finally use the alien’s advanced technology against them.

The shark movie that started it all, Jaws centers around a giant great white shark that prowled the waters of Amity Island. When reports confirm that it is a shark responsible, police chief captain Martin Brody (played by Roy Scheider) begins searching for the culprit by placing a bounty.

When it was released, Jaws single-handedly changed the way people saw the ocean. The recurring theme of the unknown is what elevates these films, similar to the late reveal of the alien in Prey, as the shark wasn’t shown until 1 hour and 21 minutes into the film, and has under 5-minutes of screen time. The less is more approach can do sensationally well.

Life revolves around a group of scientists aboard the International Space Station who discover a rapidly evolving lifeform that caused extinction on Mars and is now threatening Earth. The creature, “Calvin”, turns into a large organism capable of turning its cells to act as muscle, neuron, and photosensory cells.

The capability to set traps, and have the critical thinking, similar to the alien in Prey, is what is most frightening. While monsters in Jaws and Alien appear to lack self-awareness, Calvin and the Yautja predator had a sentient presence, making the creatures dangerous and intimidating foes.

Fans couldn’t watch Prey without watching its predecessor, Predator. Marking the first appearance of the alien hunter, it has since become one of the most recognizable movie monsters today.

The species in Predator and Prey are fierce warriors who deeply value the hunt, however, they use technology to their advantage. The creature wears camouflage, making it almost impossible to see in the dense jungle. Since it is a trophy hunter, it only deems the most aggressive combatants as threats. The world-building that went into Predator is truly impressive. Thankfully, Prey continued that world-building and has set the series up for a possible anthology set of films.

How “Friday the 13th” Helped the “Scream” franchise