Home Entertainment Preview of the Prehistoric Kingdom: Simple but full of potential 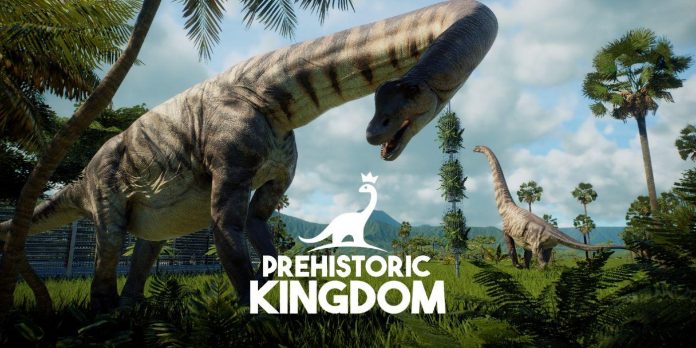 “Prehistoric Kingdom” is a new park simulator in which players can build a zoo in a prehistoric style. While the selection of extinct animals in the game consists mainly of dinosaurs, the Prehistoric kingdom stands out because it includes mammals such as woolly mammoths. The game is published by Crytivo, which has released several other simulation games such as Hotel Magnate and Power to the People. Prehistoric Kingdom is the flagship game of the independent Blue Meridian development team. Reminiscent of games like Jurassic World Evolution 2 and Planet Zoo, Prehistoric Kingdom offers players a fresh take on the dinosaur simulator genre.

The prehistoric kingdom offers players the opportunity to design and build their own dinosaur park. As in Jurassic World Evolution 2, players cannot breed dinosaurs. In the “Prehistoric Kingdom”, you can unlock more than 20 prehistoric animals by spending points on excavations around the world. At the moment, the game has two modes: Challenge and Sandbox. By creating their own zoo, players can terraform the environment and place foliage from various biomes. The game also allows players to decorate their zoo with ready-made and custom features such as dinosaur statues, observation decks, and dinosaur-themed eateries. As in other simulation games, the gameplay of Prehistoric Kingdom consists mainly of building and decorating a zoo, as well as managing animal welfare, finances and infrastructure.

While many of the features you would expect from a simulation game are missing from Prehistoric Kingdom, much of the current mechanics of the game are well polished. The animation of the characters in the “Prehistoric Kingdom” is amazing and comparable in quality to the impressive graphics of dinosaurs in Jurassic World Evolution 2. The sound design is impressive: from the chirping and squeaking of the smallest creatures to the loud roar of larger species in the game. The soundtrack offers players a lively, fun background, and the items that are currently in the game are well thought out. Impressively, Prehistoric Kingdom offers a landscape design feature that allows players to simultaneously place a large amount of selected vegetation in a range of sizes and densities.

As with any early access game, Prehistoric Kingdom has bugs and sources of frustration for players. While the game offers a variety of well-designed decorative items, there are very few items that players can add to the habitat for animals they can interact with. There are no personnel mechanics in the “Prehistoric Kingdom”, which means that players have to manually replenish feeders. Although the guests of the game are present, they are also scarce, they have no opinions or preferences. Ironically, by leaving this mechanic unfinished, Prehistoric Kingdom managed to avoid one of Planet Zoo’s biggest problems with path-finding tools, but it still needs to be finalized before full release.

Castlevania Have Season 5? Understand The Future Of Netflix Anime!