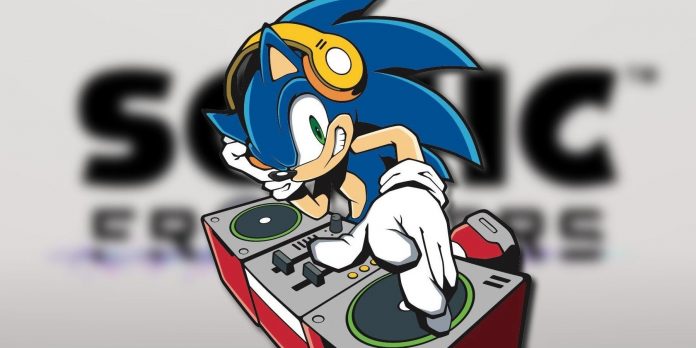 Sonic Frontiers has officially shared two minutes of the main vocal theme of the game. This serves as a continuation of how Sega released the game’s final theme just a few days ago, which helps fans get a glimpse of how the game will sound after months of vague ambient music during demos. The song is shown in a lyrical video with lyrics superimposed on clips and gameplay from previous Sonic Frontiers trailers.

The main theme is called “I’m here”. It is a collaboration between Sonic Frontiers lead composer Tomoy Otani and To Octavia vocalist Merry Kirk-Holmes. To Octavia is an Australian metal band, and Merry Kirk-Holmes is also considered the author of the lyrics. Nevertheless, Tomoya Otani is a fairly well—known Sonic composer who has worked on the series since Sonic Adventure 2.

This song could be heard in Japanese commercials created to promote Sonic Frontiers at the same time as the theatrical release of Sonic the Hedgehog 2 in Japan. It fits pretty well with what is known about the plot of the game, as it contains texts on how to see “a new world worth fighting for” and find “the truth about who I am destined to become.” This lyric may have to do with the fact that the Stargazing Islands are a completely new part of Sonic’s world, the landscape of which is very different from what fans have seen before, and how the stages of the game in cyberspace are connected to Sonic’s memories, which may mean that he lost parts of himself due to an event at the beginning of the Frontiers story.

Unlike the final theme of Sonic Frontiers, which was fully revealed by the band that helped create the song, currently only a preview of “I’m Here” has been published. Fans are most likely looking forward to hearing the full version of the song when the game is released in two months. According to a tweet from the series’ social media manager, a preview of the main theme was posted to mark the fact that Sonic Frontiers is coming out in exactly two months.

The choice of using a metal band vocalist for the main theme of Sonic Frontiers is certainly interesting, as the inclusion of To Octavia marks the first time that the Sonic the Hedgehog soundtrack has really delved into the genre. While Sonic and the Black Knight introduced “With Me”, a Crush 40 song with a touch of metal music, it still remained true to the rock music it is known for. Combined with the fact that the final theme of the game has its own explicit version made by the group responsible for it, Sonic Frontiers turns out to have a pretty interesting soundtrack.

Lost Judgment – All Arcade And Master System Games, Including DLC

The actor of “Better call Saul” reacted to an emotional fan...