Home Entertainment Preview of Capcom Fighting Collection: a cool selection that can be improved 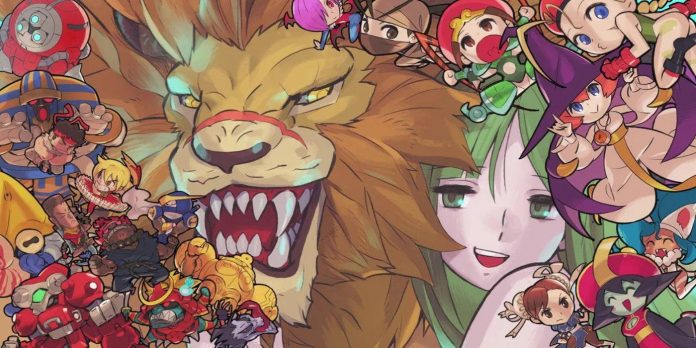 Capcom is well known for its many re-releases of favorite games over its long history, and the upcoming Capcom Fighting Collection is the latest example. Following in the footsteps of other modern anthologies, such as Street Fighter 30th Anniversary Collection and Capcom Beat ‘Em Up Bundle, this new collection of little-known company games in the fighting game genre will be timed to coincide with the 35th anniversary of Street Fighter. A first look at the Capcom Fighting Collection shows a solid group of ports that are still interesting, as well as some outdated inconveniences.

Capcom Fighting Collection includes 10 often forgotten classic Capcom games in one package. Each game was transferred directly from the arcade version, which makes them as close as possible to the arcade. First of all, the collection features all five games from the fan-favorite Darkstalkers series, two of which have never been available outside Japan. The collection also brings Red Earth, one of Capcom’s most curious games, to home systems for the first time. The other four inclusions are cult classics such as Cyberbots: Fullmetal Madness, Super Puzzle Fighter II Turbo and Super Gem Fighter Mini Mix, as well as Hyper Street Fighter II: The Anniversary Edition. The collection also offers a multiplayer online game with a rollback network code for each game, a gallery with hundreds of concept art and music tracks, as well as a number of quality of life improvements.

It’s immediately obvious that Capcom Fighting Collection has a large selection of underrated gems. Many of these fan favorites haven’t been available through official channels for years, let alone a widely available format. More importantly, these ports work well and prove that games are still enjoyed by both new and old players. Participating in a fast-paced Vampire Savior match with a friend is just as fun as playing slot machines, and the same can be said about almost every game in the collection. The only exception is the Red Earth, but that’s not because it’s bad; the game is more like a single player game. It doesn’t have a skill ceiling or replayability like other games, but it’s certainly worth a few playthroughs as it’s a very intriguing moment in Capcom’s history.

Changes in the quality of life are also useful, but they are compensated by the same number of problematic omissions. Enabling training modes for every game (except Puzzle Fighter, of course) is crucial, and adding save states can make running in arcade mode and endgame boss battles more bearable. However, for some reason there is only one save state slot, which is common to all the games in the collection. The PC version has only partial controller support, which means that players are stuck using an Xbox gamepad unless they have an Xbox arcade joystick (or some third-party workaround). However, the worst violation is the lack of instant button customization based on input. The infamous Street Fighter IV button configuration menu returns here, forcing the player to cycle through the menu for each button he wants to reassign. This is just an incomprehensible exception in 2022, especially for a set of fighting games.

The real essence of Capcom Fighting Collection is new network capabilities and network rollback code. With network play enabled for every game in the collection, implementing network rollback code can breathe new life into their competitive communities. Unfortunately, the servers won’t be full before launch, and Screen Rant couldn’t find an online match in any game, even with other potential preview players. Although the actual quality of the network code and servers cannot be verified at the moment, Capcom Fighting Collection offers a lot of bonus content for single fans. The museum mode contains more than 500 conceptual works and design documents, as well as more than 400 music tracks and remixes. While it’s certainly interesting, this museum is a pretty standard offering — don’t expect supernatural features like an annotated timeline of the Street Fighter 30th Anniversary release or customizable 3rd Strike Online Edition soundtracks.

The value of Capcom Fighting Collection is obvious: it provides fans with 10 high-quality emulations of little-known fighters of the company in one affordable package. This compilation is already a supremely fun and exciting window into Capcom’s history, but it can still use some patchwork work to bring its management functions up to standard. Eventually, the network code and server support will either solve this anthology or break it, but it looks like fans will have to wait for the release to find out. Let’s hope that Capcom Fighting Collection won’t force players to return to alternative ways of playing these games.

Nintendo Indie World Roundup For December 2021: All Announcements And Dates