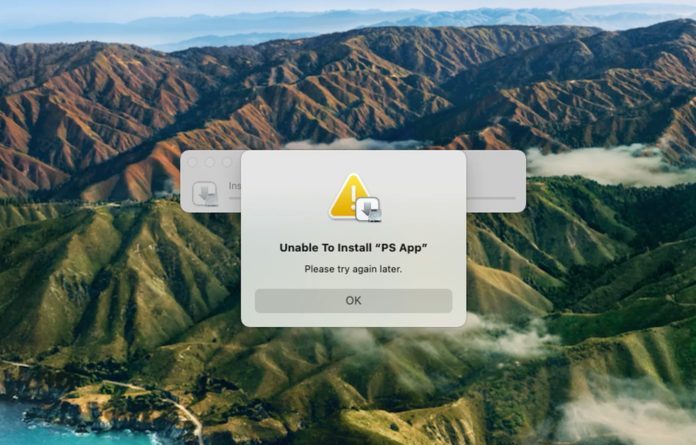 Apple has closed channels that allow users to side-load iOS applications on M1 processor Mac computers. While iOS apps are still available on the Mac App Store, the developers of Netflix and many others have not yet configured their apps to run on macOS. Until now, there was a workaround that allowed third-party software to install apps without having to use the Mac App Store, but Apple seems to disable it with remote intervention.

When you try to install an unsupported application on an M1 Mac running macOS 11.1, you may encounter an error message stating that you cannot install it and “try again later.”

According to 9to5Mac, the message in the latest macOS 11.2 beta has been made more prominent. In the message in question, “The application cannot be installed because the developer does not want it to work on this platform.” is called.

It is by no means surprising that Apple has switched to preventing unauthorized application installations. In the beta version, a code was found indicating that a block for this would come. And Apple gave developers the ability to prevent their apps from running on the Mac. However, this was a force that could be weakened by manual loading. However, even though Apple’s control over the Mac has tightened over the years, it’s sad to see this feature go, as Mac users are used to having more freedom in what programs they can run than what they do on iOS.

Although it is stated that previously manually installed applications can be run, there is no guarantee that they will work in the future. This means that Apple, which currently does not allow side-loading iOS applications, except for the Mac App Store, may block this path altogether in the future by closing applications that are already running.