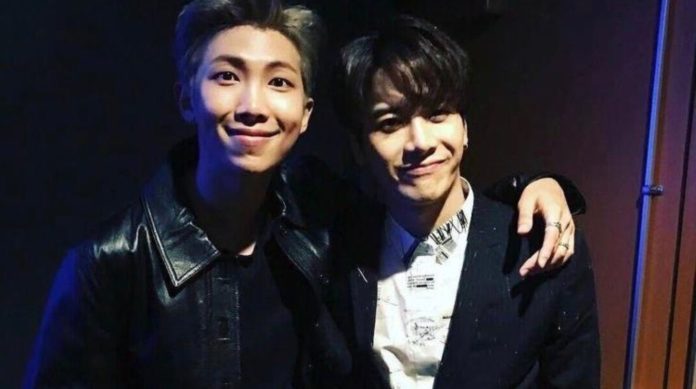 Idols’ agendas are usually always tight, when they are not promoting a new album, they are participating in variety shows, rehearsing, touring or composing and producing their own songs. However, an industry that demands so much of their time also gives them the opportunity to develop closeness with other people who are living the same as them.

Mainly, many idols have said they have become friends with others during their trainee days. There are many cases of this type, but one that fascinates us is Jackson Wang’s friendship with RM. Jackson has mentioned that they met through another friend, and that RM’s personality is nice, because although he doesn’t talk much he always has the right words.

The artists have met in different shows and awards inside and outside Korea, exchanging greetings, telling the camera about their friendship and capturing the moment with photos that they later share with their fans.

It was at MAMA 2015 when, while both rehearsing, Jackson decided to reveal that he usually calls RM so they can meet, but he always seems to be busy, before that RM could not do anything but laugh. Likewise, during an appearance the Problematic Man program both joked about his ability to rap, while RM took the opportunity to talk about Jackson’s ability with languages.

In spite of everything, when Jackson and the BTS leader meet they always interact showing huge smiles and mutual admiration, we love that!

Suga shares an important message on how to be happy

Jungkook released the secret to keep his abdomen perfect