Home Sport Pressure is the factor that does not allow West Ham to win... 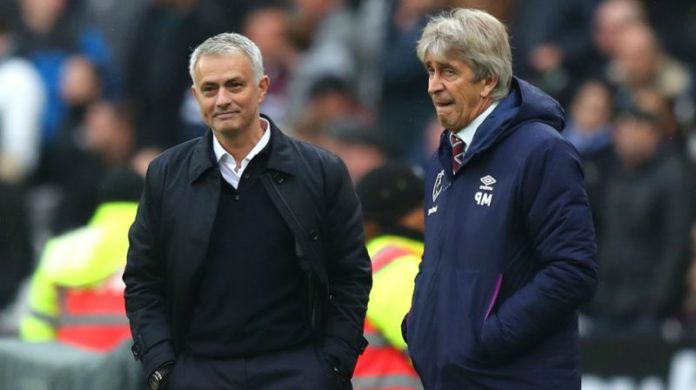 In exactly two months, Manuel Pellegrini’s excellent start to the season in West Ham collapsed. If at the end of September the Chilean coach enjoyed Champions League score after his great victory over Manchester United. And, because of the above, his speech between that day and this Saturday changed radically.

The one of 23/09 in London Stadium was the last triumph of the Hammers, who then played eight games and barely tied in two Premier League. José Mourinho hit him very hard in his return to the competition, this time with the London neighbor Tottenham (2-3) and the former Real Madrid justifies his lousy move in the pressure to which his players are subjected, urged to add.

“We saw that the players are playing under great pressure and could not do what they wanted. We are missing many goals but at least we never gave up and fought until the end to change the result, but it was not enough,” he said in the subsequent conference , where he did not hesitate to define his sensation: “There is frustration”, but “when you do not get the result you want, you must rely more than ever on what you do, the way you work and that the players did not give up. They continued fighting until the final minute of the game and I think that when we get our next win the pressure will go away. ”

On the process of the game, he marked that “until the 25th minute I think it was a tight game and neither we nor they had chances to score. After that, when they scored the first goal, we were left behind on the scoreboard and with the second it was over the game”. In that sense, “I repeat that in the second half we tried to continue doing things, but you can see that the pressure to achieve the result was enormous.”

The WHU fans are unhappy about the performance of the Engineer’s squad, who fails to resume the path and looks sideways at the relegation places with Norwich, 18th ranked, just three points below. Pellegrini understands them: “The fans want results and they have always been with us. The stadium has always been full and I said when I arrived here that I wanted to help the team grow one more step and we started working. Now, when things are bad and we are not winning it is obvious that they must have that reaction because there are many home games that we do not win. ”

Finally, he referred to the very complicated calendar that lies ahead, with duels scheduled against Chelsea, Wolverhampton and Arsenal in the following days: “Of course they are difficult games on the way but I continue to rely on the players to return to the winning path.”