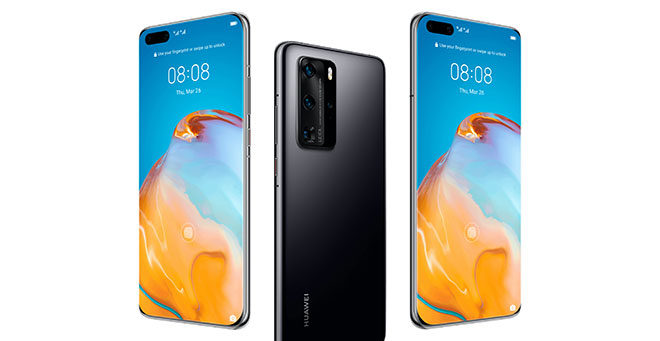 New rendered images of P40 Pro, from the P40 series smartphones introduced by Chinese technology giant Huawei this month, have appeared. In the new render images, the front and rear camera design can be seen very clearly.

The front panel of the P40 Pro, the highest segment model in the P40 series of Chinese smartphone manufacturer Huawei, will have a ‘Quad-curved Display’ design. So there will be a slightly curved design on the sides of the device.

Looking at the back of the phone, there is a rectangularly designed camera module. This slot, which will accommodate four cameras, will include the 52 Megapixel Quad Quad Bayer sensor, which was released by Sony as the main camera.

The other three sensors that will accompany the main camera will be cine lens, telephoto lens and portrait lens. There is no clear information about the features of these camera sensors yet. However, it is quite possible that these lenses will emerge in the coming days.

On the inside of the device, the Kirin 990 chipset will power the P40 Pro. This chip means that the device will support 5G connectivity in both ‘standalone’ (SA) and ‘non-standalone’ (NSA) modes. In case of any mishaps, the device, which will be introduced on March 26, will include LPDDR5 RAM and UFS 3.1 flash storage unit.