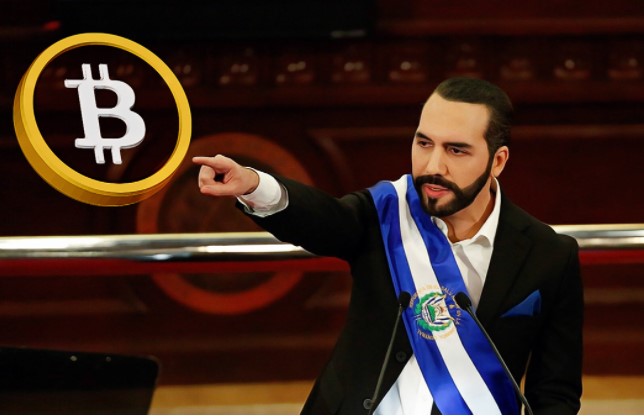 President of El Salvador, Nayib Bukele, once again confirmed his belief in the superiority of Bitcoin on Twitter. Believing in the power of widespread adoption, Bukele made an assertive statement such as “game over for fiat”.

El Salvador’s President, Nayib Bukele, did not fall into the news headlines with the government’s regular BTC purchases and an absolute pro-Bitcoin stance. Refusing to compromise in the face of criticism that Bitcoin is a bad idea for the nation, Bukele frequently makes statements and comments in support of the leading cryptocurrency.

President Bukele’s last tweet was about taking a stance against El Salvador because of the “Bitcoin experiment”. The International Monetary Fund (IMF) criticized El Salvador’s move to adopt Bitcoin as its official currency in June. However, the country is still going through a successful exam period. Bank of England Governor Andrew Bailey has expressed concerns about adopting Bitcoin as the official currency due to its extreme volatility.

Despite all these negative feedback, Bukele responded by stating that while the rest of the world considers El Salvador as the center of the Bitcoin experiment, the mass adoption of the leading cryptocurrency has transformed the country’s economy. The President claimed that when fiat money is no longer a factor compared to BTC’s dominance, El Salvador will be seen as the spark that started the real revolution.

Since adopting the leading cryptocurrency Bitcoin as its legal currency, El Salvador has used Bitcoin profits to fund the construction of 20 schools. In mid-October, Bukele announced that the government had spent $4 million from the Bitcoin Trust to build a veterinary hospital in San Salvador. Another step by the President of El Salvador came on December 21. El Salvador celebrated the last 21st day of the 21st year of the 21st century, referring to BTC, the supply of which is limited to 21 million.

Famous Executive, Hacked: These Altcoins and NFTs Have Been Stolen!