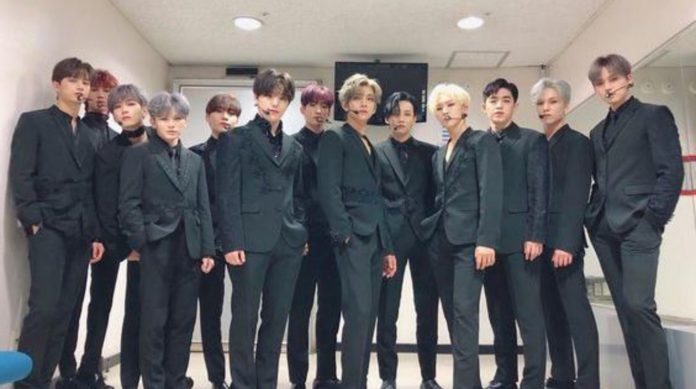 The SEVENTEEN boys are in New York City and were presented today in the show ‘Good Day New York’, morning program belonging to the FOX5 chain.

The boys are on a world tour called ‘Ode to You’, during the interview they were asked many questions about the subunits of the group, Vernon was the one who explained to the conductors how it was that they were divided into the subunit, Hip-Hop that the They make up the rappers, a performance that is composed of the main dancers and the vocal sub unit to which the main vocalists belong.

The hosts of the show congratulated them for their highly coordinated choreographies and their presentations, and asked ‘How are they inspired to write songs?’, Vernon answered ‘our fans, all the songs are for our fans’, then proceeded to perform each of the members, but not before greeting with his characteristic ‘Say the name !, SEVENTEEN’

The questions continued about the feeling produced by fans, their personalities, skills and making music, the boys presented ‘Lilili Yabbay’.

The conductors asked them a question that excited the group of 13 boys, ‘What do you feel there are many fans out there for you?’, To which the boys responded very happy that they were happy to see so many fans gathered.

SEVENTEEN has a concert scheduled for January 10, at the Prudential Center, which has a capacity of more than 19,000 people in New York.