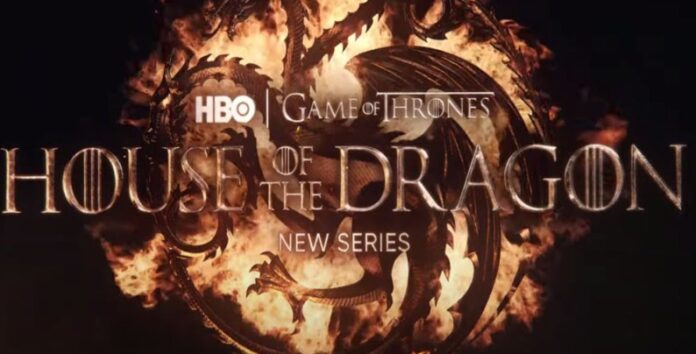 Late at night, HBO Max released their year-end teaser, giving fans a glimpse of what’s coming to the streaming service in the coming months. Highlights included a look at House of the Dragon, HBO’s Game of Thrones prequel series.

House of the Dragon has yet to begin filming for a few months, although casting is fully progressing, but HBO debuted a nifty little animated logo for the show, which will arrive in 2022.

The shot of the dragon burning fire on the screen is from the final season of Game of Thrones, when Drogon shows Varys after Daenerys sentences him to death. Again, there are no original images to show yet, although the new show will have a lot of dragons, and of that we are sure.

It almost seems strange that HBO is making fun of House of the Dragon with such anticipation, but again, they know that a lot of people want to see it. In fact, its presence in a trailer for HBO Max specifically is a bit odd, since it’s technically an HBO show.

A few days ago we received the news of the cast that is joining the prequel that aims to be a total success and we got the comments of Emilia Clarke (Daenerys Targaryen) who also expressed her wish that the legacy of Game of Thrones be totally a successful due to its great cast.

Obviously, a lot has happened in the last few months that have caused delays at House of the Dragon and shutdowns throughout the entertainment industry, but apparently the HBO series is still scheduled for a 2022 premiere regardless.

See Also
House of The Dragon: All about the casting that has just started!