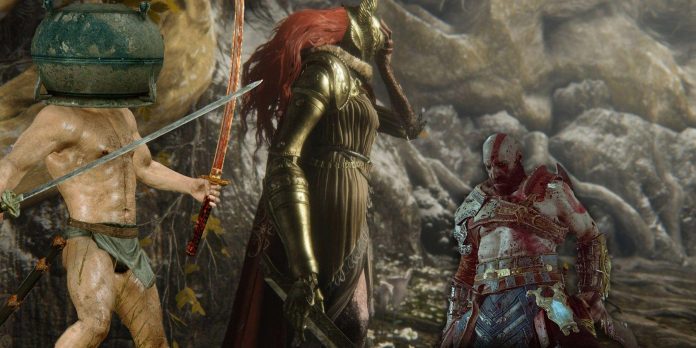 Many believe that The Game Awards battle for GOTY will come down to Elden Ring and God of War Ragnarok, and although there are a few caveats in this argument, it looks like Elden Ring has already prevailed. The biggest caveat ahead of this December 2022 event is that God of War Ragnarok is not out yet. It has to be completed before any nominations are announced, but many people think it will be great because the previous game was great. This logic, no matter how common it was, also led many to believe that Cyberpunk 2077 would be a contender to win GOTY, because The Witcher 3 also won.

Of course, this is not a comparison of God of War Ragnarok with Cyberpunk 2077, and given everything that has been revealed so far, the prediction that God of War Ragnarok will become a rival to GOTY is by no means illogical. This is just a warning to the conversation. However, Elden Ring has an advantage over The Game Awards and will likely see the FromSoftware Souls title tear GOTY as well as other categories away from its competitors, including God of War Ragnarok. God of War 2018 and Sekiro Shadows Die Twice previously received this award, but the context here is slightly different from what it was in those years.

GOTY at The Game Awards is awarded to “the game that provides the absolute best experience in all creative and technical fields.” These were the very areas for which Elden Ring was praised for its accessible approach to a complex genre, an inspiring approach to open-world games and a confusing but creative ent. But apart from that, it’s safe to say that Elden Ring will see other nominations in such aspects as artwork, role-playing game, soundtrack, game direction and much more. It’s not uncommon to see one game capture these categories and win multiple awards, like The Last of Us 2 at The 2020 Game Awards, but Elden Ring is better suited to these categories and will probably win as many of them.

God of War Ragnarok may become the game of autumn, even if at this stage it is just a bet, but this award is awarded to the “Game of the Year”. And Elden Ring broke sales records, inspired fans, brought more to the Soulsborne genre and dominated conversations for weeks and months. There is no “time or influence” criterion for the GOTY The Game Awards, and there shouldn’t be one, since games like God of War Ragnarok and many others will offer a quality experience at the end of the year, but it’s also hard to ignore. .

It seems that God of War Ragnarok is destined to be a great game, and it is likely that the story of Kratos and Atreus will touch as many hearts of fans as the first game. One could argue that if everything is as good as the fans hope, TGA should consider awarding two GOTY Awards for the first time in history. However, that won’t happen, and the committee will have to choose between several games, probably including Elden Ring and God of War Ragnarok. And Elden Ring is not something that can be ignored — it remains to be seen how this will all end, but betting that Elden Ring will win GOTY is not a bad decision.

‘How to Train Your Dragon’ returns with a sequel set in...