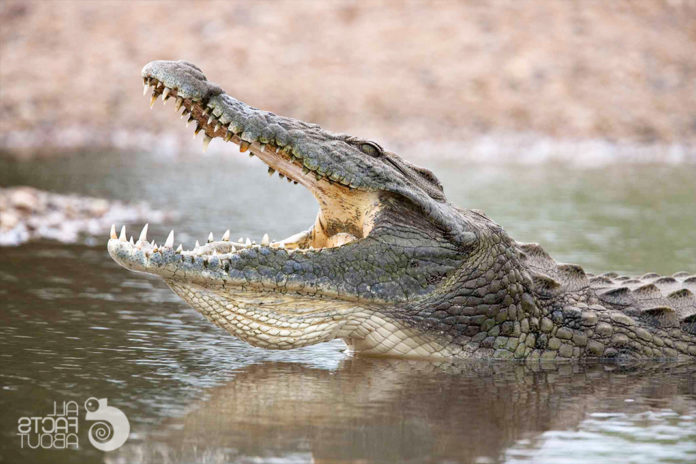 The extinct creature, Thalattosuchia, has adapted its body into an aerodynamic shape and developed an inner ear to adapt to marine life. Thalattosuchia, which lived from the Early Jurassic to the Early Cretaceous, are also known as sea crocodiles.

It has been revealed by research that prehistoric deadly crocodiles imitate the shape and senses of whales and dolphins to rule in the seas of the Jurassic period.

The “thalattosuchia”, which evolved to become fast-hitting hunters from land-based ancestors, is extinct. These creatures transformed their bodies into aerodynamic shape and developed flat tails to move more strongly in the water, adapting their arms and legs to be fin.

The research, which includes scientists from different parts of the world as well as researchers from Scotland, was published in the refereed journal “Proceedings of the National Academy of Sciences” (PNAS).

Research experts from the University of Edinburgh also found that these creatures developed the inner ear, which was responsible for balance while adapting to the oceans 170 million years ago. Paleontologists analyzed computed tomographies of a series of fossil skulls to examine the vestibular system of this inner ear.

According to the findings obtained in the research, the ear canals became chubby and smaller during the long period of thalattosuchia partially living in water. This shape, which makes the sensory system less sensitive, is likewise in whales and dolphins.

Stating that this channel shape is more suitable for the oceans, scientists think that a similar change happened independently in whales, and the species mimic each other during this adaptation period.

“The sensory organs, such as the inner ear, play an important role in understanding how these ancient animals live. We discovered that these sea crocodiles have a very distinctive inner ear shape, such as living whales and other aquatic reptiles,” said Julia Schwab, a Ph.D. student from Edinburgh University’s faculty of earth science. ” said. According to the findings they obtained, the crocodiles developed their sensory systems to get used to their new environments with deep waters.

Dr. Edinburgh University Faculty of Earth Sciences in the study. Steve Brusatte said, “The ancient aquatic crocodiles developed these unusual inner ears after changing their skeletons to become better swimmers. Whales changed their ears in the same way, but they did this soon after entering the water. It seems that crocodiles and whales were similar but different evolutionary, passing from water to land.” the roads followed “.

Scientists Made an Explanation of Why Time Cannot Be Reversed