Home television Pregnant Kaley Cuoco spoke out in defense of Jennifer Aniston after the... 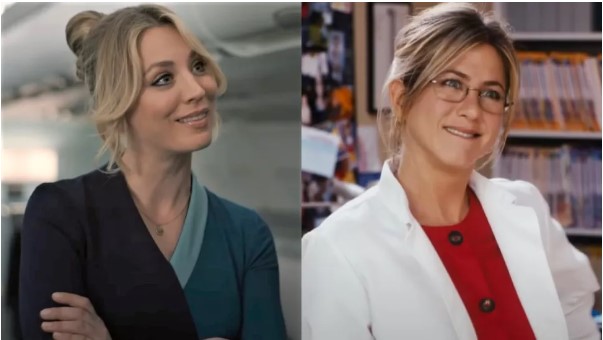 The Meet Cute star had a strong opinion.

For literally decades, in the era of “Friends to Watch” and later, the tabloids seemed to be endlessly obsessed with whether Jennifer Aniston was pregnant and whether she would ever be pregnant. The “Morning Show” star recently spoke about her struggle with children and all the misconceptions surrounding her alleged decision not to become a mother. She received support from many after the candid interview, and one of the women who stood firmly on Aniston’s side was Kaley Cuoco, who defended the actress during her own recently announced pregnancy.

After Jennifer Aniston’s interview with Allure, in which she talked about “years, years and years” of speculation, the struggle with IVF and rumors that the lack of children contributed to the breakup of her marriage with Brad Pitt. Kaley Cuoco shared a photo of the “Friends” star in her Instagram stories, reminding people that they shouldn’t be so quick to condemn someone’s personal life. Cuoco said:

You never know what people are going through behind the scenes.. stop assuming and judging every little thing! @jenniferaniston thank you for sharing this story!!!

In October, the Meet Cute star announced that she and Ozark actor Tom Pelfrey are expecting a daughter who will be the first child for each of them. The couple started dating earlier this year, after Kaley Cuoco broke up with ex-husband Carl Cook. The actress has never talked about her own path to conception, so it is unknown whether her gratitude for Jennifer Aniston sharing her story was due to Cuoco’s own experience, the scrutiny she faced during the divorce, or simply public interest in her life in general.

Jennifer Aniston spoke in detail for the first time about trying to have a baby, explaining what she went through at that time in private:

I was trying to get pregnant. It was a difficult path for me, the path of having a child. … All the years, and years, and years of speculation… It was really hard. I had IVF, drank Chinese teas, whatever. I threw everything at it. I would give anything if someone told me, “Freeze your eggs.” Do yourself a favor.” You just don’t think about it. So, I’m here today. The ship sailed.

In particular, Jennifer Aniston said that rumors about her selfishness were especially harmful, especially those who claimed that this was the reason for her five-year marriage with Brad Pitt, which ended in divorce. She said she was a little relieved that she didn’t have to think about it anymore.

Meanwhile, Kaley Cuoco and Tom Pelfrey are “so excited” to welcome a little girl in 2023, and the actress’ mood seems to be more upbeat than ever as she continues to share funny moments of her workouts on social media.

While we are waiting for new news about the upcoming wedding of a cute couple, you can see Kaley Cuoco in “Flight Attendant” with an HBO Max subscription or in “Meet Honey,” her recent movie with Pete Davidson, with a Peacock subscription. Meanwhile, Jennifer Aniston finished filming “Murder Mystery 2” earlier this year and is currently filming the third season of the Apple TV+ drama “The Morning Show.” Follow our TV program for 2022 to see all the upcoming premiere dates.

Matthew Perry Responded Amusingly after Andy Cohen Asked Him if he...

Nick Cannon is asked about the possibility of more babies as...