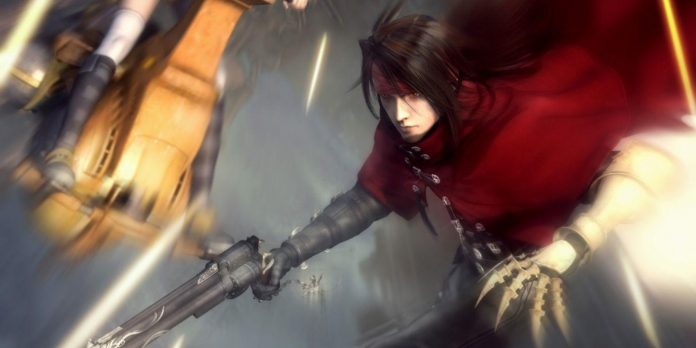 Square Enix might have created a brand new Final Fantasy VII Remake timeline, but that doesn’t mean that the FF7 spin-offs are gone forever, as Crisis Core Reunion is on the way. Crisis Core Reunion is a remastered version of an Final Fantasy prequel released on the PSP. There are two other FF7 spin-offs that could be remastered: Before Crisis or Dirge of Cerberus, and there are strong arguments to be made for which one will be remastered next.

Before Crisis is a Final Fantasy 7 prequel that stars the Turks, as they battle the original incarnation of Avalanche. The original Avalanche was far more extreme than Barret’s cell, as they were attempting to end all human life with a forbidden summon spell. It’s up to the Turks to team up with familiar characters, like Cloud Strife, Zack Fair, and Sephiroth, in order to stop Avalanche’s scheme. Dirge of Cerberus is an FF7 sequel that stars Vincent Valentine, as he battles the members of Deepground, who are a secret group of Shinra soldiers that were trapped beneath Midgar after Meteor almost hit the planet, but are now free to wreak havoc around the world. Dirge of Cerberus is a third-person shooter, with Vincent battling foes with dazzling displays of gunplay.

Related: Knights of the Round Materia Is Coming In FF7 Rebirth, Right?

The FF7 Remake series is continuing with Rebirth, but the Compilation of Final Fantasy VII is still being updated. Advent Children received a 4K remaster in 2021 and Crisis Core Reunion is being released in 2022. If the FF7 Remake series is being continued for years to come, then there’s a good chance that Before Crisis or Dirge of Cerberus will be the next in line for the remaster treatment.

Why Before Crisis Will Be The Next Remastered FF7 Spin-Off

The big appeal of remastering Before Crisis is its lack of availability. It’s not that hard for Final Fantasy 7 fans around the to play Crisis Core or Dirge of Cerberus, as there are still PSPs and PS2s on the market, as well as copies of the games on second-hand sites. There is no such option for Before Crisis, as it was only released in Japan as part of a mobile phone service that is no longer active. This is why there isn’t even an emulated version of Before Crisis out there, as there’s nothing to emulate. The only way to play the mobile FF7: Before Crisis game is through an incredibly basic fan-made recreation, which has a very ropey English translation. A Before Crisis remaster can be sold on the fact that it’s a chapter of FF7’s history that most people haven’t experienced.

Final Fantasy 7 Remake confirms that the events of Before Crisis have happened in the FF7 Remake timeline, as President Shinra references the assassination attempt in Junon that happened in the game, and the different Avalanche factions also originated in Before Crisis. The story of Before Crisis has a lot of cool moments, such as a member of Avalanche who is strong to go toe-to-toe with FF7 villain Sephiroth, a young Cloud battling Avalanche soldiers in Midgar, Zack teaming up with the Turks on a mission, a new take on the Nibelheim Incident, stopping a summon with the power to destroy the world, and defeating the Jade Weapon. Before Crisis will be part of Ever Crisis, but that game is only telling a small part of a much bigger story.

The biggest issue with a Before Crisis remaster is that it would have to be a full-on remake. Square Enix binned its old source code and the game is lost to time, so there might not even be much material to remaster. Before Crisis was also a Final Fantasy 7 mobile title with incredibly basic visuals, all of which will need redoing. The game also needs a full localization and possibly voice acting as well. The fact that Before Crisis is a lost piece of FF7 media is being diluted by the fact that some of its story is also set to appear in the upcoming Ever Crisis, so Square Enix could use that game to hit all the big story beats anyway. Before Crisis is easily the most difficult FF7 spin-off to remaster and that’s the biggest reason why Square Enix might not want to bother in the first place.

FF7: Dirge of Cerberus is easier to remaster than Before Crisis, as it was released on the PlayStation 2, and Square Enix has already remastered a number of games into HD from that system, including Final Fantasy 10, FF10-2, FF12, Kingdom Hearts, and Kingdom Hearts 2. Dirge of Cerberus was also localized into English and has full voice acting, though the developers might choose to replace it, as they have done with Crisis Core Reunion. It’s going to be a lot less work to update Dirge of Cerberus to modern systems and it would greatly benefit from some QoL The game also had a Japan-exclusive multiplayer mode with story content, which could be integrated into the game.

Related: FF7 Rebirth: Characters Most Likely To Be Playable

Dirge of Cerberus is the worst Final Fantasy 7 spin-off and remastering it could be damaging to the new iteration of the brand. The story and character designs are ridiculous, even by Final Fantasy standards, the controls are awful, Vincent is constantly pulling off amazing moves in cutscenes that he can’t do in gameplay, the Tsviets are terrible villains, and the game performs the biggest Final Fantasy sin of them all – it makes Scottish Cait Sith playable. Dirge of Cerberus has garbage sections where the player must control a nattering Cait Sith, as he jabbers on with his Scotty from Star Trek-grade bad accent, and avoids being stomped by guards.

Dirge of Cerberus marks the endpoint for the FF7 timeline, not counting the flash-forward with Red XIII and his kids, so it reveals a lot about what happens in the events of the FF7 series. It makes sense to remaster FF7 Crisis Core, as many of its elements are relevant to what’s happening in FF7 Remake, especially now that Zack is alive. Dirge of Cerberus is all about Vincent and it makes sense to save a remaster for the point when he’s introduced to the Final Fantasy VII Remake story so that fans can get excited (and then, disappointed) by playing his game.

One Piece: Who will Luffy fight after Kaido?