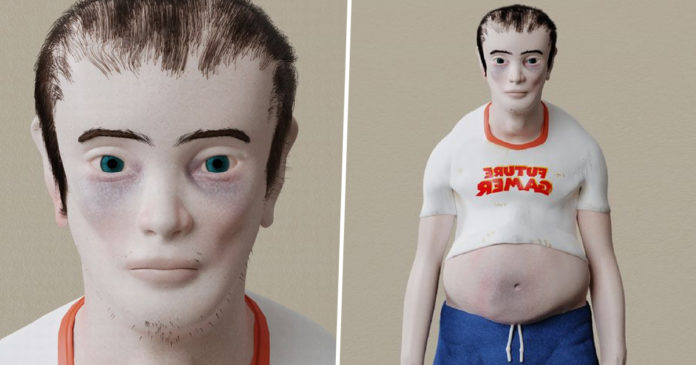 Video game addiction is getting more and more a reality. Today, the average gamer spends 6 hours a week playing games. A website predicted what a video game addict would look like by 2040.

Video games serve millions of consumers today. People spend a certain part of their days playing games. Some gamers try to limit the time they play, but some do not have such anxiety. Playing more than a certain hour a day is called video game addiction, and the World Health Organization has already added this term to the literature.

According to the statements made by scientists, he likes an average game, he plays 6 hours a week. This figure can be considered quite usual. However, according to experts, gamers have already increased their playing time by 19.23 percent compared to 2019. Experts say that if this increase continues, the dimensions of video game addiction can reach striking points.

A website has created an impressive guess about gamers. This estimation reveals the physical changes in the body of gamers who continued their video game addiction until 2040. The website in question also takes into account the changes in the hours spent at the beginning of the game while creating this prediction. So the situation could be much worse by 2040.

According to estimates, the average video game addict will look like this in 2040
If video game addiction continues at this rate, by 2040, addicts will have a skull indent due to the pressure of the headphones and baldness will appear because they cannot see enough sunlight. Also, the eyes will be much more bloodied than they are now, and the eye area will darken due to sleep disturbance.

The continuation of video game addiction in this way will also disrupt the body and general posture of addicts. So much hump will arise, the shoulders will round, Obesity will cope during this process and health problems such as eczema will arise due to intense stress. In addition, the skin color will become pale due to low vitamin intake. You might say that even this is scary, but video game addiction will cause much more.

Finally, video game addiction is estimated to cause some distortion in the feet as well. So much so that video game addicts will have varicose disease and have swollen feet by 2040. All these estimates show how seriously threatened video game addicts actually are. Of course, in order not to face such a situation, we need to control the time we spend at the beginning of video games.

A € 5 voucher for listening to a song on Amazon...