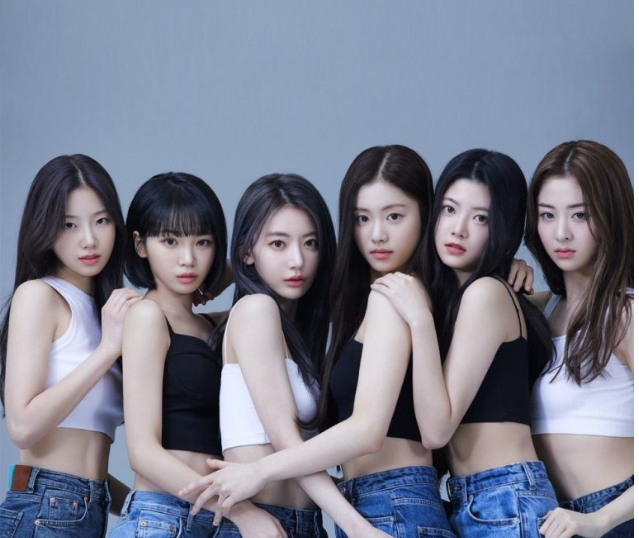 The fearless girl group from Source Music and Hybe Corporation broke their record for pre-orders as their comeback “ANTIFRAGILE” topped 620,000 copies on pre-orders, beating “FEARLESS” with 380,000 pre-orders.

On October 17, 2022, Chaewon, Sakura, Yunjin, Kazuha and Eunchae joined a press conference held at the Centennial Concert Hall of Yonsei University in Seoul. Media coverage focused on their first comeback.

Thanks to this, the participants shared some thoughts regarding the pre-order recording of their album and the latest choreography.

Record ‘ANTIFRAGILE’ is not afraid of its predecessor

Debuting on May 2, 2022 with the song “FEARLESS”, LE SSERAFIM became a breakthrough in the K-pop industry and is among the frequently mentioned names of the “Best New Artist” of 2022.

At midnight on October 17, 2022, a female group of five members released their music video. The song of return, corresponding to fearlessness, speaks of worthy empowerment and noble self-development in times of trials.

Watch the first music video about the return of LE SSERAFIM here:

At a press conference, Kazuha shared that the ladies found out about this news during training and couldn’t help but scream out of sudden surprise. In addition, for the Japanese participant, this new milestone in pre-order means how people appreciate their hard work and efforts.

Yunjin added that the band is immensely grateful to the fans and, thus, will repay them by showing a better and more impressive performance.

About the choreography of ‘ANTIFRAGILE’ – “Twice as difficult as fearless”.

After five months of working in the industry, Yunjin and Kazuha shared that the girls felt pressured to return, thinking about whether the fans would like it. But the girls tried to radiate a “free and relaxed” image whenever they were on stage.

However, Sakura mentioned that the trembling feelings were replaced by positive thoughts, as they were happy that they were given this comeback project.

The band’s leader, Chaewon, responded to the fact that FEARLESS received a lot of love, pushing the band to “surpass the performance of the debut song.”

When asked about the choreography of the song, the girls unanimously agreed that compared to the debut song, ANTIFRAGILE is more difficult.

“I started preparing as soon as my debut activity ended, but it was at least twice as difficult as Fearless,” Sakura said.

The group’s maknae even stated that choreography was a way for her to develop “real arm muscles.” Moreover, the female quintet noted that the complexity of the choreography is compounded by the need to maintain a “relaxed facial expression” when performing it.

Perhaps the choreography is one of the reasons why the participants of LE SSERAFIM are praised for their toned bodies, manifested in their press.

Johnny Depp vs Amber Heard: Answers to 3 unresolved questions in...

House of the Dragon: Who is Otto Hightower?