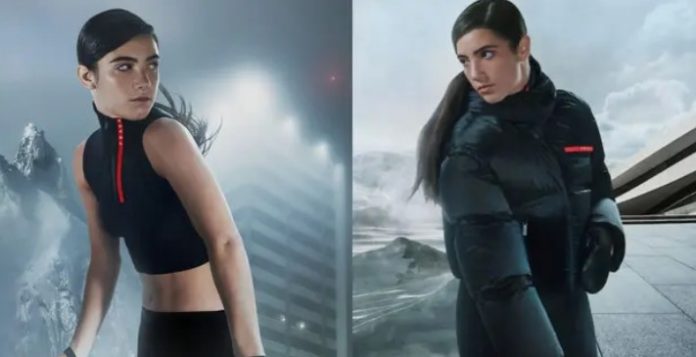 Fans are criticizing Prada for their decision to make TikTok star Charlie D’Amelio the latest star of their campaign, calling the images “embarrassing” and “damning.”

The designer brand Prada is no stranger to promoting its clothes with numerous celebrities and recognizable stars.

Only this time, the images they posted on their social media seem to have caused more excitement than ever before.

In their “Linea Rossa” collection, TikTok star Charlie D’Amelio, the brand shared a series of images of her in her designer clothes. As soon as these images were published, many Prada and Charli D’Amelio fans criticized this decision.

The shooting of Charli D’Amelio Prada was criticized on Twitter
Many took to social media to express their rejection of both how the photos were taken and the use of Charlie as a model.

The commentator claimed that: “For such a huge company, it’s a shame.”

While others have explored the confusing choice to make TikToker their model. She is usually known for her fan base among younger viewers, which encourages fans to ask the brand to “know their customers.”

While some showed their confusion and disappointment about the choice of the model, others criticized the company for the way the image was edited.

An Instagram user joked that the model’s position was “cursed” because of the tilted head and forward tilt. Others noted the “really bad photoshop” from Prada.

Another Instagram user summed up the situation, explaining: “It’s not that they used an influencer, but that they were trying to fit her to their image/brand when they should have adapted to her appearance.”

Kendall Jenner and Ben Simmons as a couple again: we know...