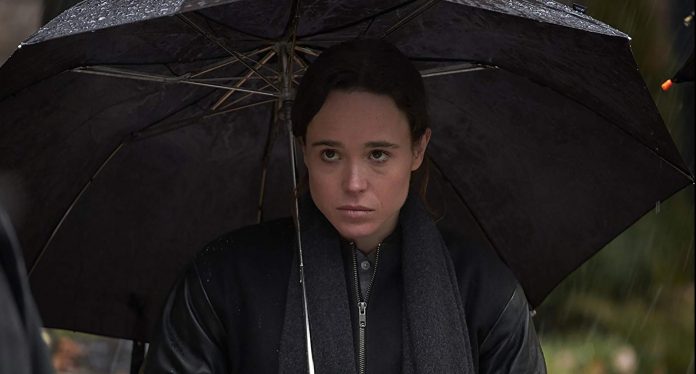 The first season of The Umbrella Academy launched in February 2019 and was an instant hit, and a few weeks later, it was renewed for a second season, which arrived in July 2020.

The Hargreeves of The Umbrella Academy reunited years later for Sir Reginald’s (Colm Feore) funeral and to stop the apocalypse, which turned out to be caused by his supposedly powerless sister, Vanya Hargreeves (Elliot Page).

Vanya Hargreeves was responsible for the 2019 apocalypse in the first timeline, and this twist was hinted at throughout the season through a simple but symbolic element: rain.

The orchestra she plays for is called St. Pluvium’s, which is the Latin word for “rain.” Vanya Hargreeves is a skilled violinist and it is through a violin concerto that she triggers the end of the world.

In the first episode of The Umbrella Academy, in the sequence in which each brother is introduced and finds out about Sir Reginald’s death, Vanya Hargreeves finds out through the news on a television in a store, and suddenly begins to rain.

She also happens later in the season of The Umbrella Academy when she is angry and out of her medication and the power lines start to bend and she starts to rain.

The theme of rain linked to Vanya Hargreeves and her powers can be interpreted as the umbrellas that exist to protect from the rain, in the same way that the academy is there to protect the world from the apocalypse.

Both seasons of The Umbrella Academy are packed with little details, whether tied to the source material or subtle references and omens that are easy to miss at first glance.

See Also
Why Netflix Removes the Elliot Page from the Show

Pamela Anderson married: She sends a message to Jon Peters!

PARIS HILTON PROHIBITS THE ENTRY TO HIS EX IN HIS LAST...