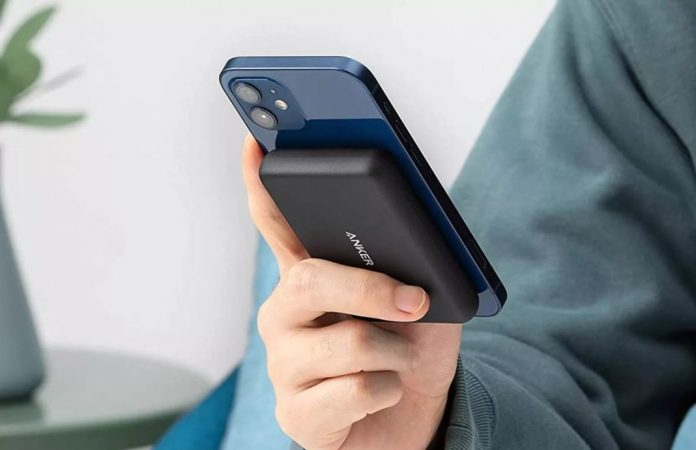 Anker has released a new MagSafe compatible portable charger, or powerbank, that can be plugged directly into your iPhone for charging without the need for a cable. Anker PowerCore Magnetic 5K Wireless Power Bank will be launched on March 3 for $ 39.99. Thus, rumors of Apple itself will come out sooner than the MagSafe-powered battery product circulating.

The PowerCore Magnetic 5K Wireless Power Bank features Anker’s usual powerbank design including a 5000 mAh battery and an LED indicator light to let you know how much power is left in the device. In addition, the device includes a USB-C output for charging with a cable. The extra 5000mAh capacity would be a significant increase, especially for the smaller size iPhone 12 mini. However, as the device is not MagSafe certified, its support is limited.

While certified devices such as Apple’s own chargers can charge the iPhone with a 15W power output, PowerCore gets stuck on the slower 5W charge. It can allow the magnets to stick where it clings like other MagSafe accessories, but PowerCore doesn’t offer the usual MagSafe benefits.

Apple is said to have developed its own MagSafe battery accessory for iPhones, and this could possibly have 15W output that supports faster and quicker charging. Apple’s aforementioned device was initially given a reference in iOS 14.5 beta, but this reference was soon removed. Until then, Anker’s new PowerCore device looks like a solid option for more convenient wireless charging on the go.

The $ 39.99 overseas Anker PowerCore Magnetic 5K Wireless Power Bank is pre-ordered on US Amazon, but it looks like stocks are out.

Godzilla: rating of Akira Takarada’s films about Godzilla according to Letterboxd