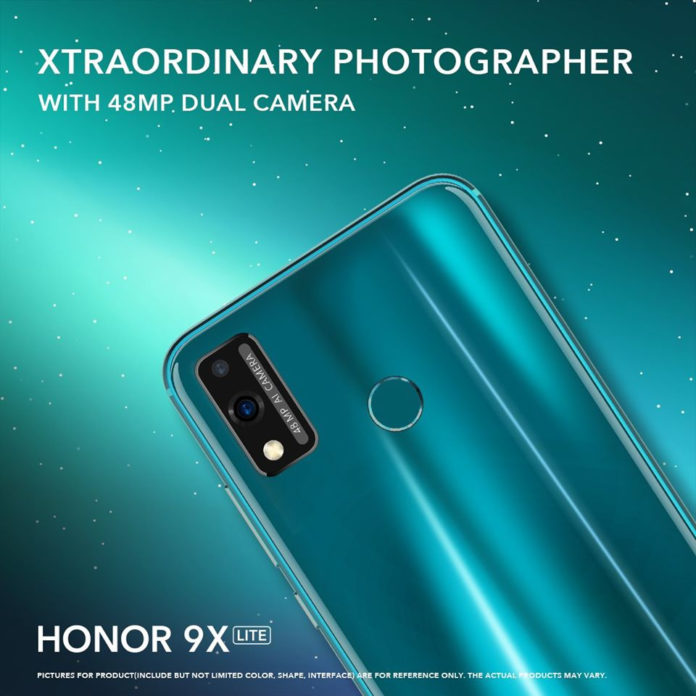 Honor, which recently received a certificate for a model called V30 Lite, has appeared with a new smartphone today. The device, which appears to be named as Honor 9X Lite, will be ambitious in terms of photography according to the first impressions.

Honor, a subsidiary of Huawei, introduced a MagicWatch 2 Limited Edition with a quick introduction to 2020, and then received a certificate for a model called V30 Lite. The company’s new target is thought to be a smartphone. A promotional poster that appeared today confirms this claim.

Honor, which came out with the 9X and 9X Pro models in July 2019, will add a new device to this series according to the shared poster. The model, which will be called 9X Lite, also resembles the design of the V30 Lite, which appeared recently. Judging by the slogan in the poster, Honor 9X Lite will be ambitious especially in photography.

Here is the promotional poster that reveals the Honor 9X Lite:
The second camera of the Honor 9X Lite, whose main camera is understood to have a resolution of 48 MP, is thought to be the depth sensor. The phone, which has a rectangular camera module, has a flash under the cameras.

The most important feature of Honor 9X Lite, which is listed with JSN-L21, JSN-L22 and JSN-L23 model numbers, will be Google Play certificates. As it is known, Honor was also affected by the trade war between Huawei and the USA and Google services were not included in the company’s new phones.

9X Lite, which will be one of the members of the Honor 9X series, is thought to use the HiSilicon Kirin 710F chipset like previous devices. This paves the way for the device to use Google Play certificates. This is the information that is now certain about the Honor 9X Lite, but if there is an announcement for the phone, we will instantly convey it to you. Stay tuned to avoid missing.

Samsung shared the first detail for the Galaxy F62

San Miguel Assembles A PC Shaped Like A Beer Truck