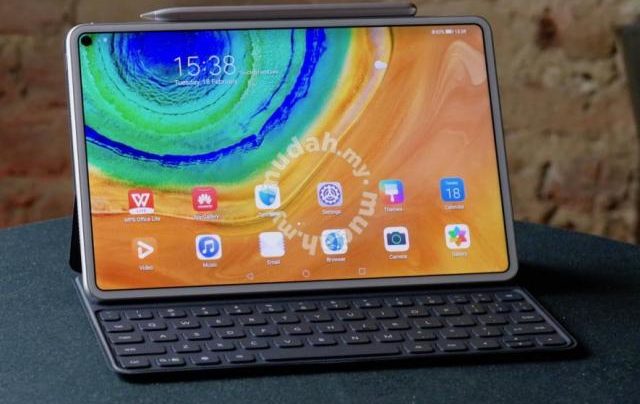 A promotional poster showing the features of MatePad, the new tablet of Chinese technology manufacturer Huawei, will be released in the coming days. According to the resulting image, Huawei MatePad will come with 2K screen and pen support.

Today, Apple is dominating a large part of the tablet industry with iPad devices. Despite this, giants such as Samsung and Huawei, which are still making claims in the sector, continue their production. One of these names, Huawei plans to release a new tablet called ‘Huawei MatePad’ recently to increase its effectiveness in the industry.

The features that MatePad is expected to be a little less powerful version of Huawei MatePad Pro are a matter of curiosity. A new promotional poster that appears today seems to clear many questions about the product. Let’s take a closer look at the promotional poster and verified features of the tablet.

What does Huawei MatePad offer?
According to the shared image, Huawei MatePad will come to customers with 2K screen as expected. At this point, although the screen size of the device was not yet clear, previous reports said the tablet would have a 10.4 inch screen. This means that Huawei’s new tablet will offer a relatively small screen compared to iPad Pro.

When we come to the hardware section, we can see the Kirin 810 phrase on the same poster. On the other hand, the tablet has 4 GB of RAM and 128 GB of storage in addition to the processor. It is also known that the 7.250 mAh battery, which is the USB-C port for charging, and the Android 10-based EMUI 10.1 are also available on the tablet.

When we turn the tablet, which is expected to be presented as two different models, Wi-Fi and 4G, an 8 MP resolution camera and the LED flash just above it draw attention. It should be noted that there is a similarly 8 MP selfie camera on the front of the device.

That’s all for now about Huawei’s new tablet offering pen support. Although no information is available on the device’s release date or price, more information is expected to be revealed soon. If there is any improvement in this process, we will continue to inform you.