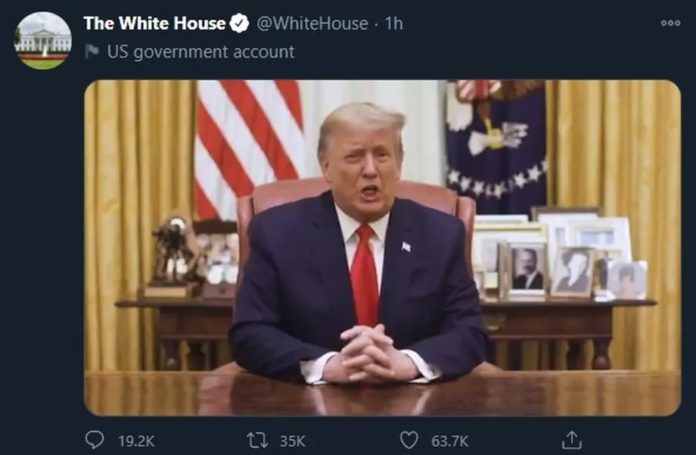 US President Donald Trump was permanently banned by Twitter last week. Trump, who is preparing to leave the White House next week, tries to circumvent the ban using different accounts; this was not allowed.

However, after nearly a week, Twitter allowed a Trump post. In the video shared from the official account of the White House, Trump evaluated the events that took place in the US Congress last week. Trump’s not using provocative expressions and condemning what happened seems to have been the most important factor in Twitter’s permission to share the video.

Twitter also allowed the same statement to be shared in writing by the White House press spokesperson Kayleigh McEnany. Although it may seem strange to see Trump’s face on Twitter after the ban; The language of the statement seems to have influenced Twitter’s decision. The micro blogging service also blocked Trump’s attempts to go around after the ban announced.

Jack Dorsey, founder and CEO of Twitter, also stated in a statement that he was behind the Trump decision. However, Dorsey also underlined that he is concerned that this decision will set a precedent for social media companies.

Apple and Gradiente Return To The Supreme Court in a Fight...