Home Celebrity THE POSSIBLE CAMEO OF ED SHEERAN IN STAR WARS HAS CABRATED SOME... 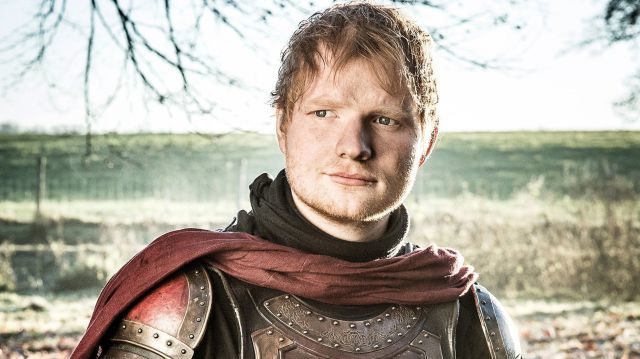 To say that Ed Sheeran is a fan of series and movies is to fall short. The musician is a true devourer of the great productions reaching a very respectable freak level. From his love for Game of Thrones he produced a brief cameo that did not end up liking everyone. A circumstance that could be repeated with Star Wars.

I do not mean the fact that everyone does not like it, that and many fans have been responsible for making it clear on social networks, but to the one that I could repeat cameo although this time for the saga of Star Wars. The image of the British turned imperial soldier in a movie set is running like wildfire and many fans have already put their hands to their heads.
And as always when these things happen, people have already put on the bandage before the wound leaving some rather cruel comments on social networks.

There are all kinds and conditions. From that of “Ed Sheeran in Star Wars. Kill Me”, to that of “A cameo of Ed Sheeran in Star Wars? Yes, because he brought great value to that episode of Game of Thrones” through the most optimistic: ” As long as you use the univorme and do not sing, you can make all the cameos you want. ” There are even those who will opt for radical measures if it is confirmed: “If Ed Sheeran has any line or some musical connection in the next installment of Star Wars, I will operate to remove Star Wars from my memories permanently.”

These viral photographs have triggered rumors of a possible appearance of Lin Manuel Miranda also in the film.

Lucasfilm and J.J. Abrams join forces once again to take viewers on an epic journey: “In this fascinating conclusion of the Skywalker saga, new legends will be born and the final battle for freedom will be waged.”

New legends will be born, the description says, and they will remain more alive than ever after the sad losses suffered by the Star Wars family … But nobody imagined that Ed Sheeran could be one of them.