Home Entertainment Portal RTX is shown with an impressive trailer 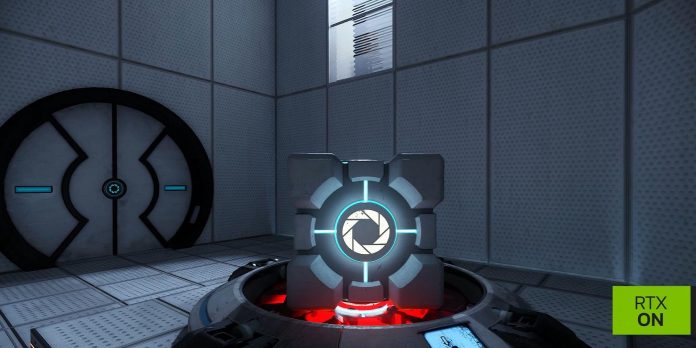 In a recent trailer, it was announced that Portal 2007 will receive a visual update, in particular that it will implement the RTX algorithm. RTX is Nvidia’s answer to ray tracing technology, which is important for video game lighting. AI works by determining how best to display light in the game world depending on where the player is standing. Although Nvidia currently has many chips for this technology, it is used by other companies and has largely become an industry standard.

As for the game itself, the release of Valve’s critically acclaimed puzzle is fast approaching its 15th anniversary, and while it still looks pretty good, many would agree that it could have been done in modern paint. In fact, efforts have already been made to improve the visual effects, for example, the Portal video showing the game on the Unreal Engine. Despite the age of the game, it is still loved to this day, many praise its brilliant history and mind-blowing mechanics, so the RTX update is something that many are looking forward to.

The trailer itself, which was uploaded to Nvidia’s YouTube channel, gives a delightful teaser of what fans can expect from this upcoming version of Portal. It shows what the game looks like without ray tracing, and then shows the same area with RTX enabled. The difference is very obvious: the lighting, shadows and just the overall graphics of the game look much smoother. At the end of the trailer, it says that this update will be released in November this year and will be a free DLC for those who already have the game on PC.

Not so long ago, Portal: Companion Collection was released on Switch, a darkly comical series of puzzles still finds its way into the hearts and hard drives of many gamers. The sequel was released in 2011, so more than ten years have passed since the last part, but fans are still discussing both parts. In fact, the first game is especially popular among speedrunners, and many players are making great strides to break world records.

It’s a pity that Portal 3 has little chance, as many would be happy to have the opportunity to play a new game in this universe, especially given the popularity of the antagonist of the GLaDOS franchise. At least the upcoming RTX update is likely to revive interest in this modern classic, and for those who haven’t played it yet, it will be a good opportunity to understand why this is such a famous puzzle game.

The portal is available on mobile devices, PC, PS3, Switch and Xbox 360.

Why is the Rocky Horror Sequel so popular? Remake Brad &...