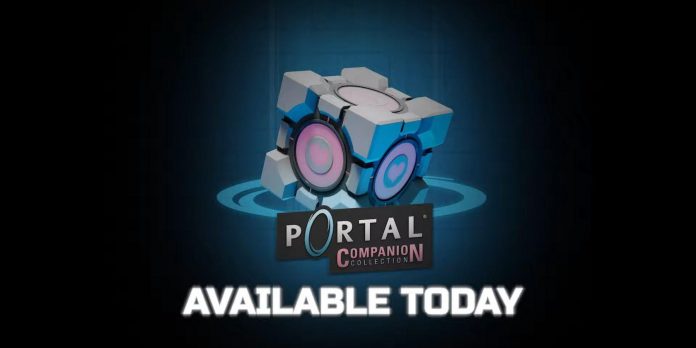 At the Nintendo Direct Partner Showcase on Tuesday, there were many important discoveries between the old games that will be presented on Switch and the new adventures that will appear in the coming months. It has been confirmed that classic franchises such as Mega Man Battle Network and Pac-Man World will appear on the console, and Atlus concluded the presentation by introducing the long-awaited Switch version for Persona 5, which will be released later this year. Along with these important news, there was an announcement that one of the most iconic puzzle games, Portal, will be coming to Switch very soon.

Since its debut in 2007, Portal has become one of the most popular puzzle series in the gaming industry. Valve’s puzzle platformer, in which players must use the iconic “Portal Cannon” to overcome physics-based puzzles, subsequently spawned a sequel in Portal 2 and many additional products. Although the Bridge Constructor: Portal spin-off was previously released on Switch, the Nintendo platform had yet to see a version of the original game. Today, Nintendo Direct officially announced that Portal: Companion Collection will be released today.

Portal: Companion Collection officially announced its surprise launch in a short trailer during a partner showcase on Tuesday, narrated by the series’ main antagonist, GLaDOS. The trailer featured short gameplay snippets from both Portal and Portal 2, and GLaDOS announced that the compilation will be released later today. The Companion collection marks the first release of a game developed by Valve on the Nintendo console, along with the previously mentioned Bridge Constructor portal developed by independent developer ClockStone.

While Portal: Companion Collection marks Valve’s first official release for Nintendo, fans of the developer have brought their own take on the Steam studio classics to Nintendo platforms. Earlier this year, YouTube blogger James Lambert announced that he was working on a demake of the original Portal for the Nintendo 64. Another modder under the nickname “ckosmic” also previously created a playable Super Mario 64 in the popular Valve Garry’s Mod sandbox. Valve’s portable Steam Deck is also often compared to the Nintendo Switch, as the two portable consoles have similar concepts.

The portal was just one of a set of high-profile ports showcased at the Partner Showcase on Tuesday. Along with the previously mentioned franchises such as Mega Man and Persona, the well-known Nier Automata, as it turned out, will receive a Switch port later this year. Nintendo also showed off several other puzzle games coming to Switch, including Super Bomberman R 2 and indie studio Casus Ludi’s Blanc. The unexpected launch of Portal: Companion Collection will finally bring one of the most beloved puzzle games to Switch.

Elden Ring Player Shows How to Defeat a Magician with a...