Home Entertainment Portal 1 & 2 On Switch compared to other Platforms 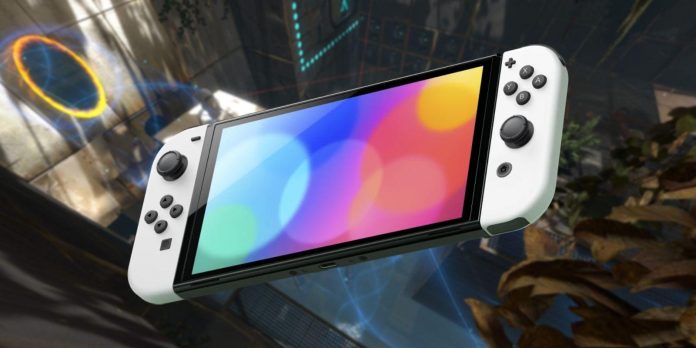 Valve’s series Portal is widely considered one of the best puzzle games in recent memory, and both the original and its sequel Portal 2 still hold up over a decade after their original release. Given their continued popularity, it’s little surprise that new content and spin-offs are still being released for the Portal franchise to this day. Aperture Desk Job was released as a tech demo for the Steam Deck console as recently as March 2022. Just a month earlier in February, Nintendo revealed that a Switch port of both Portal and Portal 2 would come out at some point later on in 2022. Then, in June, the Nintendo Switch version of the Portal: Companion Collection dropped without warning during a Nintendo Direct Mini: Partner Showcase.

First released in 2007, in Portal gamers play as Chell, a test subject at Aperture Science. By using the Portal Gun, which can place two doorways on surfaces and allow for transport between them, they must solve their way through various test chambers and eventually escape from the AI overseer of the facility, GLaDOS. The sequel was released just a few years later, adding in new mechanics and characters. Portal 2 also featured a multiplayer game mode, the Cooperative Testing Initiative, which enabled players to solve puzzles with friends through either couch co-op or online gameplay. Since then, Portal’s longevity has persisted thanks to community-made maps and mods.

Related: System of Souls Looks Like An Edgy Version Of Portal (Without Cake)

Despite its influence on some of the greatest puzzle games in the last few years, however, Portal and Portal 2 surprisingly haven’t been released on very many current-gen platforms. The games are only available for PC/Mac/Linux, PlayStation 3, Xbox 360, the Nvidia Shield, and, more recently, the Steam Deck. The announcement that Portal: Companion Collection would be coming to the Nintendo Switch was met with quite a bit of excitement, as a result. Now that it’s been released, how does it stack up compared to Portal as it came out on other platforms?

PC was one of the first platforms Portal was released for, coming out as part of The Orange Box for both Windows and the Xbox 360 in late October of 2007. It was well-received, with many citing Portal as a nearly-perfect video game, and within the next year had seen an influx of new content, including the demo version Portal: The First Slice and the Xbox Live Arcade game Portal: Still Alive, which featured new challenges and achievements to complete. The game is native to the Linux OS, provided that users have Steam installed, and was one of the first Steam games to become OS X-compatible in 2010. Portal 2 was subsequently released for Windows and Mac simultaneously.

The PC version of Portal and Portal 2 have some of the most customizable graphics options, including antialiasing, anisotropic filtering, and higher resolutions. That, plus the ability to install visual improvement mods for Portal 2, gives it a bit of an edge over console releases. Players may find it easier to aim and shoot portals quickly and accurately when using a mouse compared to a controller, as well. Access to the Steam community also means that Portal fans can play through custom-made maps.

Portal Can Be Played On Both Xbox & PlayStation

As was the case with the PC version, Portal was available on Xbox 360 from day one as part of The Orange Box. The Orange Box included Half-Life 2 and Team Fortress 2, providing something of a safety net for Portal’s release. The Xbox 360 release includes extra shadowing compared to the PC edition of Portal and Portal 2, and the deeper shadows help Portal’s iconic robot characters like GLaDOS stand out more. However, the lack of antialiasing and lower resolution prior to upscaling is worth noting. Players may notice more jagged edges on certain areas of the Xbox version, as well as blurrier decals at times. The graphic comparisons between each platform were detailed by GameSpot following Portal 2’s release in 2011.

Related: The Entropy Centre Gameplay Trailer Is The Closest Thing To Portal 3

The original release of Portal didn’t include a PlayStation version. However, just two months after it came out for PC and Xbox, it became available on the PlayStation 3. The PlayStation 3 edition runs on a similar resolution to the Xbox 360 before upscaling and does include antialiasing. It loses a bit of shadowing, though, and in Portal 2 specifically, it doesn’t include rustling plants like the PC edition. If Portal gets remade in Unreal Engine or otherwise brought to current-gen consoles in the future, perhaps these ports will finally see a significant improvement in visual quality.

Which Handheld Consoles Is Portal Available On

Portal and Portal 2 are available on a couple of other handheld platforms aside from just the Nintendo Switch, as well. Portal received a port to the Nvidia Shield, an Android handheld, in early 2014. Both games are also available to play on the Steam Deck. On the Steam Deck, Portal 2 can run at 4K and 60fps when docked. It was also one of the first games to become Steam Deck verified. Anyone who hasn’t experienced the Portal series before can play both games, as well as the Portal spin-off Aperture Desk Job, either through the console’s handheld functionality or with the use of a monitor for higher resolutions. Given recent rumors that new games exploring the Portal universe may be released in the future, it’s a great time to get into the franchise.

How Does Portal Run On The Nintendo Switch

The Nintendo Switch release of Portal: Companion Collection, which includes both Portal and Portal 2, actually came as something of a surprise. Though it was announced several months earlier, the actual release date was unknown and never provided outside of the broad window of 2022. During the June Nintendo Direct Mini: Partner Showcase, it was revealed that the game would actually be coming to the Switch that very same day. The release trailer for Portal on the Nintendo Switch can be viewed on Nintendo’s official YouTube channel.

On the Nintendo Switch, both Portal and Portal 2 maintain 60fps in docked play as opposed to the 30fps on the PlayStation and Xbox. This, according to EuroGamer, puts it above the console ports and much closer to the Steam Deck experience, especially on the Switch OLED. In portable mode, the Switch version of both Portal and Portal 2 run at 720p like the Xbox 360 edition rather than 1080p. The fluidity of the game’s visuals are also consistent on the Switch, which is particularly important given how essential movement is to Portal’s puzzles. For any Nintendo Switch users who haven’t played Portal, this is a great entryway in terms of availability and visuals, and a worthwhile experience given its near-universal acclaim.

The most difficult trophies in Bloodborne