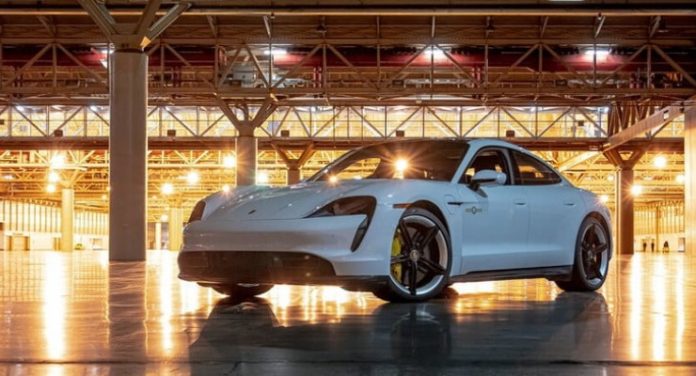 Many may consider it a somewhat strange record, but Porsche itself has been in charge of explaining that now life “is happening inside”, so it is okay: a new brand more in keeping with the times.

The Porsche Taycan Turbo S has become the fastest vehicle in the world inside a building.

One of these electric vehicles from the iconic manufacturer has recently set the Guinness Record for indoor land speed. To achieve this unusual achievement, the company has turned to racing driver Leh Keen.

The place chosen to break the mark was the New Orleans Convention Center, which houses the largest adjoining showroom in the United States.

As it did not present any obstacles, the length of the empty room made it the ideal setting to try to break the record.

However, Porsche claimed that the characteristic conditions of the floor made it much more slippery than normal road surfaces.

However, after a couple of tests, Keen was able to reach a speed of 165.1 kph, beating Mikko Hirvonen’s old record of 138.4 kph in 2013, with an XTRM Crosskart in the Helsinki showroom.

According to Porsche, the vehicle is capable of going from zero to 100 kilometers per hour in just 2.8 seconds.

The company’s feat had to meet certain requirements, for example, that the pilot started and ended in neutral, did not use a safety net or open a door during the attempt as a means of escape.

To the good fortune of the pilot and the manufacturer himself, the test turned out to be a complete success.

Now we know which car to choose when we want to drive fast inside a building.