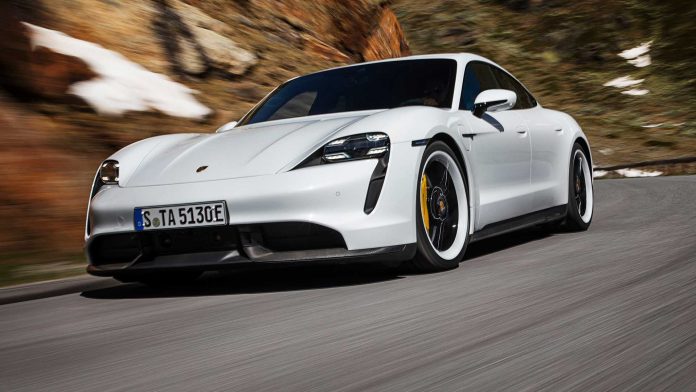 Porsche is recalling its first electric car, the Taycan, to fix an issue that caused some cars to suddenly lose power while in motion. The automaker has sold approximately 43,000 Taycans worldwide to date. The company claimed that only a small number were affected by this issue, without providing further details. Owners will need to bring their electric Porsches to a dealership for the software fix, which the company says will take 60 to 90 minutes. The fix also applies to new Taycans coming off the production line.

The same issue affects the new Audi E-Tron GT, as it’s built on the Taycan’s electric powertrain. This recall includes far fewer vehicles, as Audi has only just begun to introduce the electric sports car.

“Our top priority is the safety of our customers,” Porsche said in a statement. “With this in mind, Porsche has informed the US National Highway Traffic Safety Administration that it will recall certain MY20 and MY21 Porsche Taycan vehicles to update the power electronics and engine control unit software. After a recent review, Porsche determined that a software problem could in some cases detect a potentially erroneous communication erroneously and sporadically, triggering a possible loss of motive power. A software update will help prevent this problem from occurring.”

Modern cars are filled with all kinds of futuristic technology. But 12-volt batteries are used to power low-level electronic components, even in electric cars. Even though the vehicle has a much larger battery pack, they can still cause problems like Porsche Taycan owners struggle with.

Porsche and most other companies still used lead-acid 12-volt batteries. Although they have come a long way in a sense with solutions like the newer “absorbed glass matte” versions that can last longer, such batteries still have their limitations. Porsche uses a 12-volt lithium iron phosphate battery that is supposed to be safer and lighter than lead acid, while also providing longer life, according to the owner’s manual, but it’s clear the company hasn’t fixed all of its software flaws.