Home World Porsche Introduces The 2022 Model Cayenne Turbo GT, Which You Will Love... 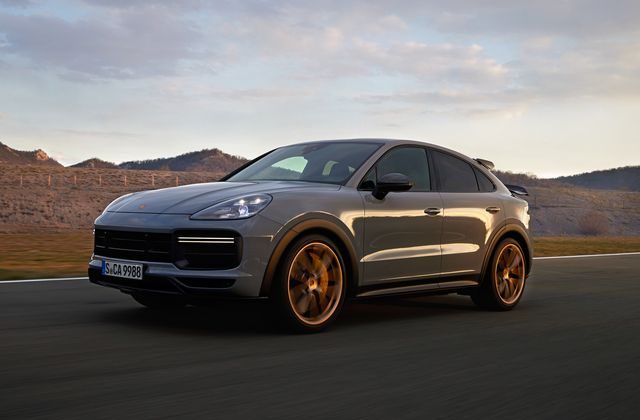 Porsche introduced its 2022 model SUV, the Cayenne Turbo GT. Porsche, which will take its place in the galleries at the beginning of next year, impresses with its interior design. Also, power and exterior styling is not bad for this SUV.

German automobile giant Porsche has officially introduced the 2022 model SUV model Cayenne Turbo GT. The SUV, which impresses with its exterior design and will make you feel premium with its interior design, will take its place in the galleries at the beginning of next year with its not bad price. Now, let’s take a closer look at what features this tool has.

The exterior design of the 2022 model Porsche Cayenne Turbo GT is equipped with the company’s new generation headlights. The spoiler at the rear significantly increases the sportiness of the vehicle. While 22 inch wheels are used on the tires of the vehicle, the widening of the lip sections has improved the air flow systems of the vehicle a little more.

The Porsche Cayenne Turbo GT has a 4.0-liter biturbo V8 engine. This engine provides the vehicle with 631 horsepower and 849 Nm of torque. The vehicle, which reaches 100 km / h in just 3.1 seconds, can travel at 299 km / h. The SUV, which already fascinates with its design, is in a position to impress car enthusiasts with its engine.

When we look at the interior of the vehicle, we see the perfect harmony of fabric and leather. The fabric covering used on the steering wheel, center armrest, chest and door sides offers a unique living space in the vehicle. While the multimedia screen added to the middle panel is large enough for both passengers and the driver, the clock on this screen has a very aggressive structure. In addition, the gear knob, the touch control panel around the gear knob and the steering wheel look very impressive with their unique structures.

According to the statements made by Porsche, the 2022 model Cayenne Turbo GT will be available for purchase in many countries, as always. The starting price of the SUV was announced as 180 thousand 800 dollars.