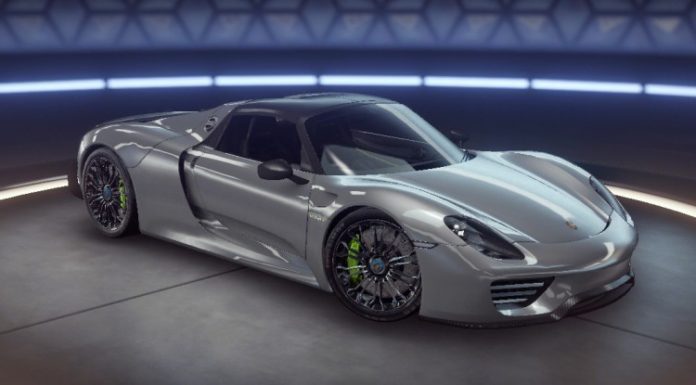 Porsche first showed its interest in electric motors before Taycan on the 918 Spyder, a hybrid model. The speed that the company promised when marketing the model 5 years ago, the speed of 345 km / h was tested.

For car manufacturers, speed doesn’t mean everything, but if you’re producing luxury and sports cars like Porsche, speed means a lot to you. The company introduced the 918 Spyder, which supported the 4.6-liter, naturally cooled V8 engine with two electric motors 5 years ago.

The 887 horsepower Porsche 918 Spyder drew attention with its claim that it had a speed of 345 kilometers during its release. There are other vehicles that can speed up to 345 kilometers per hour, but Spyder 918 was of great interest, as it was not built just by speed.

Porsche Spyder 918, the word is out

Johnny Bohmer Proving Grounds went on the track with a 5-year-old Spyder 918 to test Porsche’s claim. The highest speed test took about 3 kilometers. 918 managed to reach 345 kilometers of speed point within one minute after takeoff.

Although it has been on the market for several years, the 918 Spyder is still a very powerful vehicle and is accelerating with great momentum. The speed of the car, which reaches from 0 to 100 quite quickly, decreases only after reaching 270 kilometers per hour.

The vehicle passes to the last gear at about 300 kilometers. There is a time of about 28 seconds between the vehicle shifting to last gear and reaching top speed. As soon as the video reaches 345 km / h, the deceleration process starts, but the vehicle seems to be able to accelerate faster.

918 Spyder better than Porsche’s guess
Porsche had announced that the vehicle’s time to go from 0 to 100 was 2.6 seconds, while Spyder 918 was first released, and it was 7.2 seconds from 0 to 320 km / h. Independent tests have denied Porsche, but in a good way. According to independent tests, these figures were 2.3 seconds and 7 seconds, respectively. Especially at the time the vehicle was first released, these figures were almost revolutionary.

Spyder 918 was produced only 918. For this reason, the iconic model often appears at auctions. In these auctions, prices can exceed $ 1 million. You can find the speed video of this special vehicle below.

Path of Exile 2 targets 2022 due to coronavirus