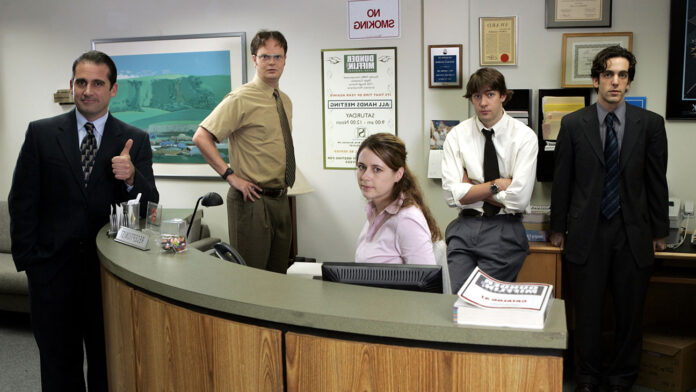 Slack, which is the choice of many companies working remotely, sections of the phenomenon comedy series The Office are revived every day. 201 episodes of the series can be followed as written text.

One of the most popular comedy productions in the world is The Office . While watching the interactions of five interesting characters in an office in this production, we are amazed how they are not pushed out of business life.

Welcome to The Office Slack:

It looks like some users are randomly invited to The Office Slack . Participants are asked not to write to the series channel, to have their chats in #watercooler and #smoke_break . MSCHF is behind the project.

MSCHF had been a bit confused before at Slack. Users who could guess the word of the day correctly were given money prize by the company. This is an act that does not comply with Slack’s rules .

On the other hand, even if the contest is closed Slack, The Office group may take a little more time to close because they need to find a reason to validate the decision to close first . Probably copyright law will come into effect here.

According to MSCHF’s statement, the series remains popular because it reflects the change of technology and offices quite well. For this reason, this series was chosen for the study to be performed. On the other hand, MSCHF does not broadcast this with an API or bot. Real people who watched the series and extracted the texts, write lines by hand every day .

You can join The Office Slack from the link here . It is not known when to return to the offices . Even though it is not the most productive thing we can do until this time to ‘watch’ Slack, you can give the group a chance.

WAYV CELEBRATES A YEAR OF HIS DEBUT

This Altcoin Set A Record Today: The Celsius Network