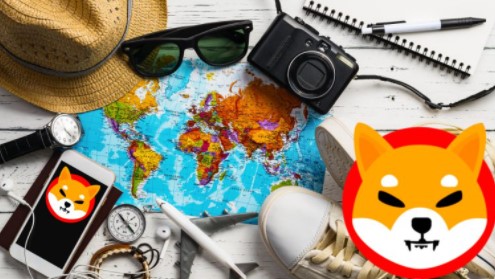 Shiba Inu, the community’s favorite joke currency, achieved another significant success the other day. So much so that the popular travel site Travala.com has added the popular prank currency to its payment methods.

Australia-based travel platform Travala.com will now allow its users to book flights from more than 2 million hotels and 600+ airlines worldwide via the SHIB token. With this development, the Shiba Inu will gain great visibility in the travel industry and increase its popularity.

Travala takes a community-based approach to crypto listing. So much so that the company shared a poll on Twitter last month asking the community which crypto should be added alongside payment options. The poll ended last day, and popular prank currency Shiba Inu received 3.4 million votes, beating its closest rival, Floki Inu.

This is yet another example of how the SHIB community continues to support the joke currency and push for wider adoption across the industry. So much so that last month, overwhelming support from the community on social media resulted in Kraken listing the Shiba Inu on its exchange.

But from Robinhood, no such step has been taken yet. However, it looks like the Shiba Inu community will continue to press for Robinhood to list the Shiba Inu.

With the increasing adoption of SHIB, investors are gaining more and more confidence to hold the prank currency for potentially massive growth in the future. SHIB performed exceptionally well in the bear market, without falling below 20% during the recent crypto market crash. For now, it is up over 13% in the last 24 hours and it is struggling to return to the $0.0004 support zone.