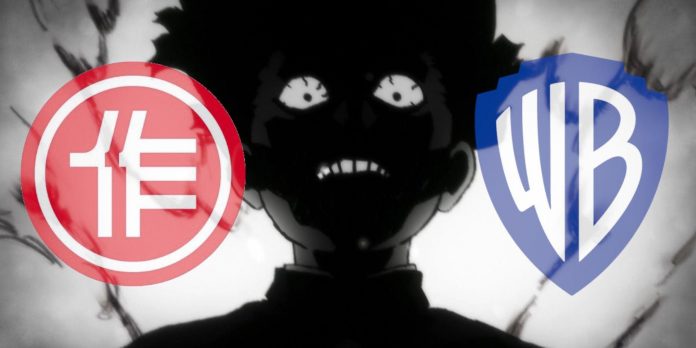 Whether you are a fan of superheroes, a connoisseur of animation, or just a person who is attentive to the business world, Warner Brothers has been undergoing a serious purge lately. Unfortunately, another addition to the list of questionable options has affected the anime community: The DMCA is targeting the Sakugabooru animation forum.

Sakugabooru is a website dedicated to showcasing animated clips, mostly from Japanese anime, but also including animations from China, Korea and other countries. The clips in question are devoid of sound in order to emphasize the visual component, and, if possible, the names of animators who worked on the editing are attributed to them among the tags. On August 16, messages appeared on Reddit and Twitter about the removal of approximately 536 posts, including key animations, storyboards and other illustrations, all from the same show. The show in question was none other than Mob Psycho 100, a critically acclaimed Studio Bones hit produced by Warner Brothers Japan.

What does it mean and why is it important

All traces of Mob Psycho 100 have disappeared from the website, and although some URLs still lead to the pages of individual clips, there is nothing on them except tags, comments and a deletion message. There are animators’ names among these tags, but they cannot serve a purpose without showing what the animators have achieved. Sakuga as a community is built around evaluating and understanding the animation process and thus encourages a more enriched discourse about the subtleties of the medium. Regardless of where the animation comes from or in what style, sakuga highlights individual animators and their styles.

Over the past decade or so, this community has grown as Japanese animators themselves have become more active on social media. Animators talk more about the industry and tell us what shows and series they are working on. Before this surge in communication, fans had to rely on comments, interviews, or art books from Japan, and all of this had to be translated if it wasn’t officially localized. Now it’s much easier to trust animators.

Not to mention that some animators, such as Bahi JD or Yutaka Nakamura, have become celebrities, with the latter being the first to develop his own style of destruction animation (cube Utapon). Those who belong to the Web generation of young animators enter the industry much more actively and are willing to share their participation than previous generations of talents.

The removal of Mob Psycho discourages many because it was such a titanic property in the sakuga community that has now been stripped. The fact that more than 500 clips were shot in just 24 episodes in just two seasons is simply amazing. Even the 2009 “Brotherhood of Steel Alchemists” — a series with more than twice as many episodes and recognized animation quality — contains only 250 clips on the website. The significance of this series in the history of anime cannot be ignored, but this is just a small part of a big problem. The key animators who worked on these 536 posts now don’t have the easiest way available on the internet to get proper recognition for their work. And regardless of the series, it will-and should-be considered a tragedy.

Why did this happen?

The sad truth, as hard as it may be to admit, is that quite a few series were easily visible on this free website, so much so that the opinion was often repeated in the comments that “just publish the whole show.” Sakugu can often be simplified to describe how animation transitions from basic quality to sudden startling during important scenes. Animation as a medium can sometimes be very cheap, and maneuvering time constraints and other constraints is all part of making anime great. Sometimes this means that cheap-looking series suddenly look amazing when a talented guy is directing an episode or an excellent animator is working on a big fight of the newest episode.

In other cases, it simply means that the overall direction of the animation of the project led to a visually coherent whole, which sometimes or often went beyond the scope. All this is largely due to experienced individual animators. And Mob Psycho’s directing was so good that many of them were considered a merit.

Because of this, it is not at all surprising that the costumes at Warner Brothers perceived this abundance of visual appreciation as copyright infringement. From this, discussion of copyright law and fair use is inevitable, and it is unclear whether the website has plans to fight the removal or nothing can be done.

“Fair use” tends to prioritize whether something is “transformative,” and there has been some debate about whether removing audio from clips is transformative enough.

Enlist the vuvuzelas: Worlds 2022 will arrive in Mexico and it...