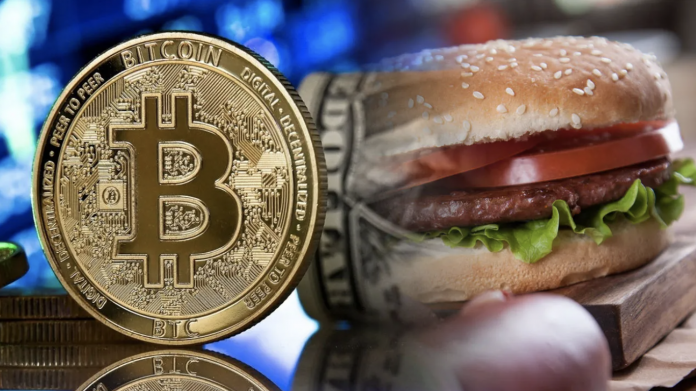 Bitcoin is now the official currency of El Salvador. After the new law entered into force, businesses in the country began to revise themselves.

Cryptocurrency Bitcoin started to be adopted in the country after it became the national currency of El Salvador. Citizens can now transfer money without commission using the government-developed digital wallet Chivo. They can also use Bitcoin as payment methods.

The decision of El Salvador, which was a first in the world, brought about discussions. The International Monetary Fund (IMF) warned the government about the financial difficulties that may occur. On the other hand, it was recently revealed that most of the citizens were against the new law. While the discussions were still going on, the famous fast food chain McDonald’s kept up with the regulation.

Journalist Aaron van Wirdum reported that he can pay with Bitcoin at a McDonald’s branch in the capital, San Salvador. Wirdum, who shared his experience on his social media account, initially thought that the branch would reject BTC. However, a QR-coded lightning bill was issued to him by McDonald’s employees and Bitcoin payment was accepted.

Just walked into a McDonald's in San Salvador to see if I could pay for my breakfast with bitcoin, tbh fully expecting to be told no.

But low and behold, they printed a ticket with QR that took me to a webpage with Lightning invoice, and now I'm enjoying my desayuno traditional! pic.twitter.com/NYCkMNbv7U

By law, all businesses operating in the country must accept Chivo with Bitcoin. Presidential Legal Adviser Javier Argueta recently announced that sanctions will be imposed on businesses that oppose the regulation. He noted that he would be penalized in accordance with the relevant articles under the Consumer Protection Law.

On the other hand, El Salvador’s move did not cause a significant increase in BTC value, as expected. On the contrary, many cryptocurrencies, including Ethereum, Cardano, Bitcoin, witnessed the biggest drop in their history yesterday. On the evening of September 7, the loss of value exceeding 10 percent shocked crypto money investors.