Fortnite announced that they will add elements of a popular anime in a tweet it shared today. Here is the name of that anime series…

Epic Games has announced that Naruto: Shippuden will be coming to Fortnite. It hasn’t said anything about which characters or items will be added for now. However, at this point, it has been proven that the previously rumored situation is real. In addition, it seems that it will be released on November 16 by looking at the tweet.

The company announced the news in a post on its official Twitter account. Naruto, named after the first ninja hero, became one of the most popular and well-known anime series. The game adds content from Naruto: Shippuden, which follows the second part of the manga. This represents the years between 2007 and 2017, which aired on television. Expectations include the addition of a new character, backpack, music and two loading screens.

Fortnite has been known for innovations lately. Earlier this week, Epic Games announced that the character Jinx from the League of Legends game will also be coming to the game. In addition, the production owns the Dune content with the release of the movie. Now comes a universe that combines Timothee Chalamet and Naruto.

Data miners have discovered some innovations in the game

Officially available information ends here. However, data miners have recently found some innovations that will be on the Fortnite map. This points to the Kunai weapon and the Naruto boss character. They also discovered a Naruto-themed hub for their creative mode.

The Fortnite item shop will be full of Naruto cosmetics during this time. Here, too, leaks say Naruto, Sakura, Kakashi, and Sasuke will appear. However, we cannot be sure of their accuracy until the game is officially announced. However, such information is enough to excite the players.

This season of production is expected to end next week.

Next week’s v18.40 patch is expected to be the end of this season and potentially the Fortnite episode. The next thing to come for the game will be out on December 5th or early December with the launch of next season.

What do you expect from Naruto content to be added to Fortnite? What are your thoughts on Fortnite? Don’t forget to share your ideas in the comments section!

Watch Charli XCX Perform During Homecoming in Manchester in 1975. 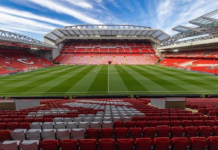 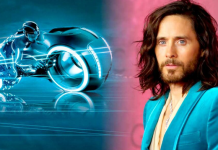 “Can’t they find someone else?” – Fans Are Outraged After Disney Announced That Jared Leto Will Play The Main Role in “The Throne of...

5 Mcne Women’s Groups of The Fourth Generation, Which Are “giants”

Discord is giving away free YouTube Premium! How to take?