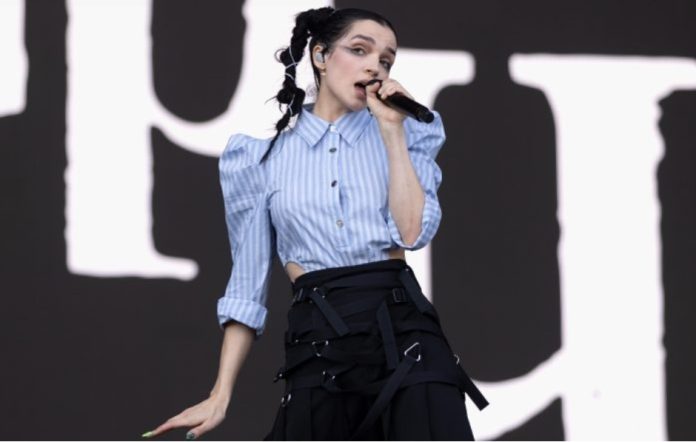 “This isn’t a decision that came easy”

Poppy announced that most of her upcoming performances in Europe have been canceled due to the “current climate in the world.”

Originally scheduled for 2020 in support of her third album “I Hate”, Poppy’s performance in the UK and Europe has been postponed several times due to COVID.

Earlier this year, it was confirmed that it would take place in November, before a support slot with The Smashing Pumpkins and Jane’s Addiction forced her to move the main European shows from November to December.

On Friday (November 4), Poppy announced that she was now canceling most of these shows.

“We have considered all options and, unfortunately, we have to cancel several concerts in Europe as part of the Never Find My Place tour. This decision was not easy — with the current climate in the world and the difficulties it presents for touring musicians, it is almost impossible for us in the USA to get to most of Europe,” Poppy said.

“A refund will be issued to you at your point of purchase. We apologize for this inconvenience – but, unfortunately, it is not in my hands. Everyone who knows me knows how much I love performing and seeing you. For a fresh “23,” she added.

Poppy then confirmed that the UK leg of the tour would still take place, as would a one-off performance in Amsterdam on December 2, 2022.

The cancelled dates are as follows:

The new Poppy Never Find My Place tour will visit:

This is due to the fact that bands such as Animal Collective, Santigold and SOHN have been forced to cancel tours in recent months due to the post-pandemic situation.

Poppy released her fourth album “Flux” in September last year, and after performing at festivals in Reading and Leeds, confirmed the new EP “Stagger”.

Poppy said, “Well, the EP consists of four songs, and I just feel like they’re a mini chapter in my life. I wrote the songs last December, so it took a while for them to come out, and I’m really excited about it.”

Roger O’Donnell of The Cure paid tribute to the memory of...